The tourists were atop the 2,970-meter (9,744 ft) Piz Gloria mountain when a technical defect disabled a gondola further down the mountain 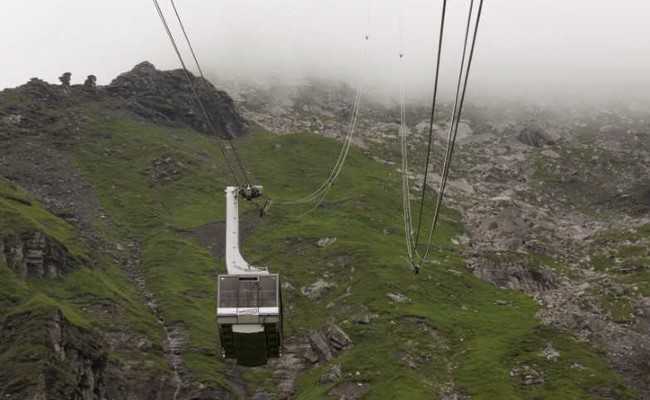 Zurich, Switzerland: Helicopters airlifted about 400 people off the Swiss mountain featured in the 1969 James Bond movie "On Her Majesty's Secret Service" on Thursday after a cable car broke down, stranding them briefly at about 10,000 feet above sea level.

The tourists were atop the 2,970-meter (9,744 ft) Piz Gloria mountain when a technical defect disabled a gondola further down the mountain, the Schilthorn AG company, which operates the cable car system, said in a statement.

The guests were then taken in a separate cable car to a nearby ridge, where four helicopters were enlisted to ferry them the rest of the way down the mountain to the ski station of Muerren.

Despite their unscheduled flights, the tourists had an easier time of it than Australian actor George Lazenby's fictional Bond character did in the classic spy film when he was pursued down the frozen slopes below Piz Gloria by a gang of machine-gun-toting bad guys on skis.

While the view from the mountaintop is stirring, there was no word on whether the guests were shaken by the incident.
© Thomson Reuters 2018

(Except for the headline, this story has not been edited by NDTV staff and is published from a syndicated feed.)
Comments
swiss cable car break downjames bond mountain