The man was picked up late on Tuesday at the request of Bulgarian authorities, Bulgaria's Interior Minister Mladen Marinov told a news conference. 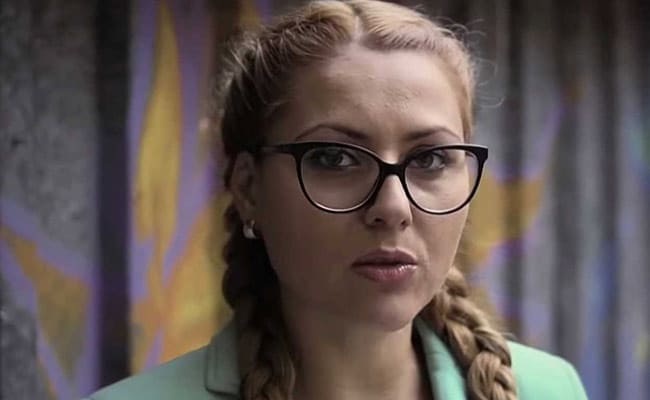 Viktoria Marinova had recently become the anchor of a talk show focused on investigative reporting.

Police in Germany have arrested a man in connection with the rape and brutal murder of Bulgarian television journalist Viktoria Marinova, Bulgarian officials said Wednesday.

But they said it does not appear that the murder was linked to her work as a journalist.

The suspect was picked up late on Tuesday at the request of Bulgarian authorities, Interior Minister Mladen Marinov told a news conference.

"We have enough proof linking this person to the scene of the crime," he said.

The country's chief prosecutor, Sotir Tsatsarov, named the suspect as Severin Kasimirov, born in 1997, and said he was already sought in connection with another rape and murder.

"At this stage, we do not believe that the murder is linked" to Marinova's work. "But we are continuing to look at all hypotheses."

"The evidence that we have at this stage leads us to believe it was a spontaneous attack to sexually abuse the victim".

The body of 30-year-old Marinova -- who presented a current affairs talk programme called "Detector" for the small TVN television channel -- was discovered on a riverside path in the northern town of Ruse on Saturday.

Authorities said she died from blows to the head and suffocation. She was also raped.

The attack has shocked the country and drawn international condemnation amid speculation the murder could be linked to Marinova's work as a journalist.

An episode of her programme aired on September 30 featured interviews with two investigative journalists from Bulgaria and Romania who had been working on corruption allegations.

She is the third journalist to be murdered in Europe in the past 12 months after Jan Kuciak in Slovakia in February and Daphne Caruana Galizia in Malta in October 2017.