The survey by an institute affiliated with the Singapore government, polled 1,008 respondents from all ten nations of the ASEAN grouping. 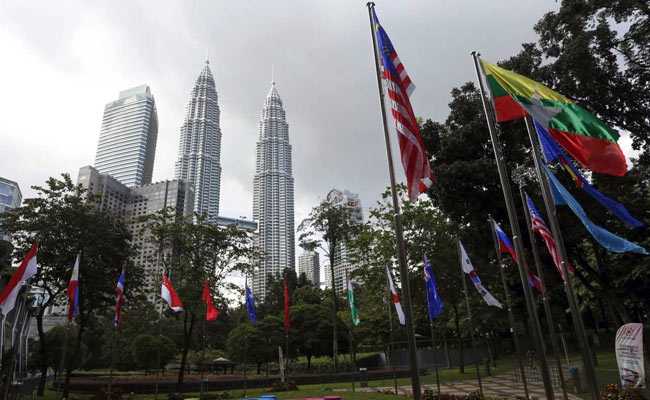 China was seen by 73% of the respondents as having the greatest economic influence in Southeast Asia.

Southeast Asian countries should be cautious in negotiating with China on its flagship Belt and Road Initiative (BRI) to avoid being trapped in unsustainable debt, 70 percent of respondents said in a policy survey released on Monday.

Southeast Asia is increasingly sceptical of U.S. commitment to the region as a strategic partner and a source of security, while China's reach is seen as growing both politically and economically, the study also showed.

"The conventional wisdom that China holds sway in the economic realm while the United States wields its influence in the political-strategic domain will ... need to be revisited in light of the survey results," it said.

The survey by the ISEAS-Yusof Ishak Institute, affiliated with the Singapore government, polled 1,008 respondents from all ten nations of the ASEAN grouping, drawn from government, academic and business communities, civil society and the media.

Nearly half of the respondents said President Xi Jinping's hallmark Belt and Road initiative would bring ASEAN "closer into China's orbit," while a third said the project lacked transparency and 16 percent predicted it would fail.

A large majority, or 70 percent, said their governments "should be cautious in negotiating BRI projects, to avoid getting into unsustainable financial debts with China," a view strongest in Malaysia, the Philippines, and Thailand.

Some Western governments have accused China of pulling countries into a debt trap with the initiative, an accusation China has denied.

China was seen by 73 percent of the respondents as having the greatest economic influence in the region and was also believed to have more influence politically and strategically than the United States.

Six out of ten respondents said U.S. influence globally had deteriorated from a year ago and two-thirds believed U.S. engagement with Southeast Asia declined. About a third said they had little or no confidence in the U.S. as a strategic partner and provider of regional security.

Fewer than one in 10 saw China as "a benign and benevolent power," with nearly a half saying Beijing possessed "an intent to turn Southeast Asia into its sphere of influence".

The study's authors wrote, "This result ... is a wake-up call for China to burnish its negative image across Southeast Asia despite Beijing's repeated assurance of its benign and peaceful rise."

There was a call for the Association of Southeast Asian Nations (ASEAN) to play a more active role in Myanmar's Rohingya crisis, although a majority of the respondents sought mediation rather than diplomatic pressure.

The United Nations says 730,000 Rohingya Muslims have fled from Myanmar's Rakhine State to Bangladesh since the military's crackdown on insurgent attacks.

U.N.-mandated investigators have accused Myanmar's military of carrying out killings, gang rape and arson with "genocidal intent," an allegation the military has denied.