The Electron rocket made by private firm Rocket Lab, named "Still Testing", took off from Mahia, on the east coast of the North Island, and reached orbit eight minutes later 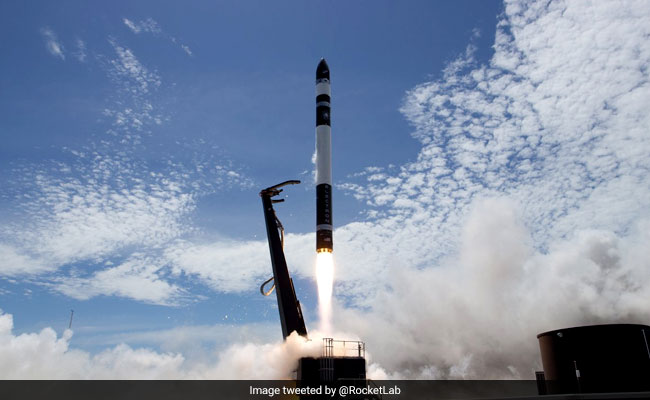 Rocket Lab's first launch last May did not reach orbit; this time it worked.

Wellington, New Zealand: Aerospace company Rocket Lab said Sunday it had successfully fired a rocket into orbit for the first time from its New Zealand launch base.

The Electron rocket, named "Still Testing", took off from Mahia, on the east coast of the North Island, at 2.45pm (0145 GMT) on Sunday and reached orbit eight minutes later.

The 17-metre-long (55ft 7in) carbon-fibre rocket is carrying three satellites into space -- one to take images of Earth for United States company Planet Labs, and two to capture weather and ship tracking data for Spire Global.

Rocket Lab conducted its first launch last May when the firm put a rocket into space, but it did not reach orbit.

Although New Zealand-founded, Rocket Lab lists itself as an American company with headquarters at a wholly-owned New Zealand subsidiary.

The company says its mission is to provide "frequent launch opportunities to low Earth orbit" with a range of rocket systems and technologies "for fast and affordable payload deployment".

Promoted
Listen to the latest songs, only on JioSaavn.com
Rocket Lab launch services with Electron are reported to cost US$4.9 million per flight.