US coffee giant Starbucks opened its first "signing store" in the United States in northeast Washington near the campus of Gallaudet. 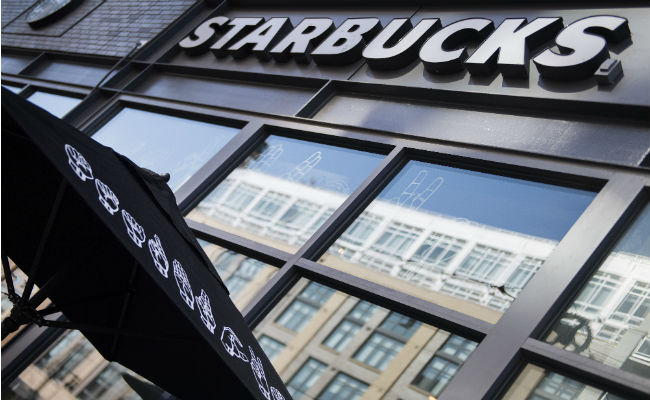 People sign with each other at the first Starbucks store, staffed by partially or fully deaf employees.

Rebecca Witzofsky, a 20-year-old deaf student at Gallaudet University in Washington, and her hearing friend Nikolas Carapellatti wanted to get a coffee.

But on Tuesday, Witzofsky finally didn't have to struggle to make her order understood.

US coffee giant Starbucks opened its first "signing store" in the United States in northeast Washington near the campus of Gallaudet, the world's only university with an entire curriculum designed to accommodate the deaf and hard-of-hearing.

At the store, all staff -- most of them deaf or hard-of-hearing themselves -- are required to communicate with customers using sign language.

The cafe is modeled after a store that opened in Kuala Lumpur, Malaysia in 2016.

At first glance, it doesn't look any different from a regular Starbucks, seen on seemingly every other street corner in the US capital.

Employees wearing black shirts and green aprons emblazoned with the company logo scurry behind the counter to serve hot drinks, cold drinks and pastries to an eager clientele.

But despite the crowd -- perhaps unusually big for mid-morning on a Tuesday -- the cafe enjoyed a surprising calm, probably because most conversations were held in silence. 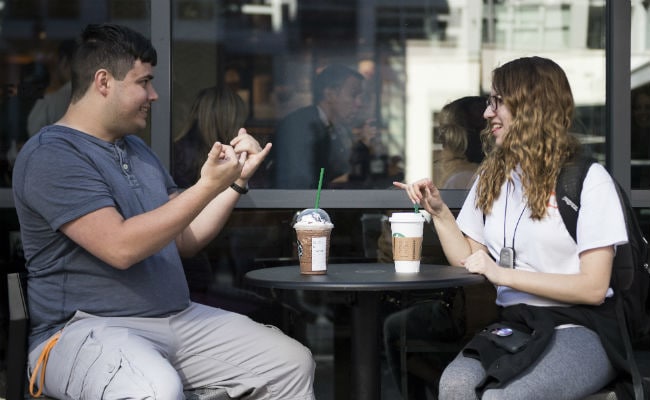 The cafe is modeled after a store that opened in Kuala Lumpur, Malaysia in 2016.

For Witzofsky, it was a revelation.

"When I go to a normal Starbucks, I either talk and hope they can hear me and understand, or I show them my order on my phone," she explained.

"Here, your name appears on a screen, which I really, really like, because when they call my order I don't have to try to hear it -- it's right on the screen."

The store has other specific features designed to embrace and celebrate deaf culture -- one is the "sign of the week."

Right now, it's for coffee: two closed fists, one on top of the other, rotating in a move that brings to mind a coffee grinder.

There are also special mugs for sale with designs by a deaf artist, and a transcription of how to sign the logo of the store.

Starbucks says the initiative is aimed at bringing diverse communities together. It comes six months after the arrest of two black men in a Philadelphia store that sparked accusations of racism.

The opening got a boost from the presence of Oscar-winning deaf actress Marlee Matlin.

Seated on an outside patio with their coffees, retired couple Albert and Peggy Hlibok said they had come to the store to "intermingle with the hearing world."

"I think it's a wonderful opportunity for all of us," said Peggy, with the help of an interpreter.

"It will teach people not to be afraid to communicate with deaf people. They can see it's just part of who we are, part of our lives, part of the diversity of life."