The 34-year-old Zarrab, in front of dozens of engrossed Turkish journalists, affirmed that Erdogan, then prime minister, had given "instructions" that two other public banks would participate in the multi-billion dollar gold-for-oil scheme 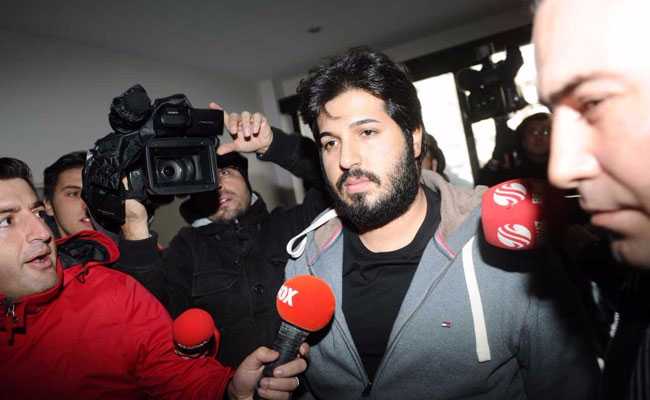 New York: It's a case that has captivated Turkey and rattled Ankara: Reza Zarrab has become the star witness in a New York trial over alleged subversion of US economic sanctions against Iran, implicating a former Turkish minister and President Recep Tayyip Erdogan.

The Turkish-Iranian gold trader -- who was arrested in March 2016 en route to a family trip to Miami -- this week revealed in Manhattan federal court that he paid more than 50 million euros in bribes to former Turkish economy minister Zafer Caglayan between 2012 and 2013.

This allowed him to become a key intermediary of a complex but lucrative regional trade circuit that enabled Iran, via the Turkish public banking institution Halkbank, to inject billions of euros of hydrocarbon revenues into the international banking sector, all the while circumventing US sanctions prohibiting trade with Tehran.

The 34-year-old Zarrab -- who recently pleaded guilty to seven charges and is now being held at a secret FBI-guarded location -- then implicated Erdogan.

In front of dozens of engrossed Turkish journalists, the elegant prisoner donning a black jacket and white shirt affirmed that Erdogan, then prime minister, had given "instructions" that two other public banks would participate in the multi-billion dollar gold-for-oil scheme.

Speaking in Turkish via an interpreter, he implied Erdogan was fully aware of the circumvented sanctions, though the president insists he is not at fault.

Just 28 years old when he entered the scheme, the flashy gold trader nicknamed "Mr Riza" has given three days of testimony pinning himself as the ringleader of a vast network of Iranian, Turkish and Emirati companies, mounted thanks to his business savvy and ample Turkish and Iranian government contacts.

Born in Iran and brought to Turkey as a child, Zarrab testified that he began working in the tea trade at just 16, before working for two years for a foreign exchange company his father owned in Dubai.

He then launched his own business, with companies in construction, shipping and foreign exchange.

The idea of helping Tehran circumvent US sanctions came from a Turkish jeweler, who had begun converting Iranian money into gold and then trading it for foreign currency, thereby concealing the Iranian origin of the funds.

In his bid to enter that business, Zarrab, a regular on Turkey's celebrity circuit known for his lavish lifestyle and pop star wife, used his high society rank to pull some strings.

He wrote a letter to Iran's then-president Mahmoud Ahmadinejad, saying he wanted to help his "beloved homeland" in its "economic jihad" to loosen the grip of sanctions then strangling Tehran, citing his family's "half a century of experience in exchange and moving of currency."

His sanctions-busting commerce really took off in 2012, when he did business with Halkbank and the Iranian bank Sarmayeh -- with aid from Caglayan, then economy minister, helped along by bribes.

His business -- conducted with gold-filled suitcases transported to Dubai when US sanctions specifically targeted gold sales -- thrived, via a fictitious trade of food and medicine.

But the world Zarrab built came tumbling down in December 2013, when he became a key figure in a Turkish corruption scandal in which he allegedly bribed four ministers including Caglayan to facilitate sanctions-busting trade and other deals.

He was held for 70 days until prosecutors dropped all charges.

Later that year, Zarrab received a "top exporter" award in the presence of Turkish government officials.

But that did not take into account the parallel investigation stateside.

US authorities arrested Zarrab in March 2016 as he traveled with his superstar wife Ebru Gundes and their daughter to Miami for a Disney World holiday.

Caglayan and eight others were subsequently charged with carrying out hundreds of millions of dollars in transactions benefiting Iran and Iranian entities in violation of US sanctions.

Zarrab for some time and hoped for his release, hiring top-flight lawyers including former New York mayor Rudy Giuliani.

The case has angered Erdogan, who has urged Washington to free Zarrab and denounced the trial as a "political plot" hatched by his enemy Fethullah Gulen, the US-based Muslim cleric blamed by the Turkish government for last year's failed coup.

US media also said Trump's former national security advisor Michael Flynn was under investigation for alleged talks with Ankara on deporting Zarrab and Gulen in exchange for money -- negotiations both Turkey and Flynn's lawyers have denied.

After 20 months of incarceration -- during which Zarrab admitted bribing his guards for alcohol and other favors -- the father of a six-year-old girl ultimately decided to cooperate, hoping for a lighter punishment than the 95-year prison sentence he risked if convicted by a jury.

Promoted
Listen to the latest songs, only on JioSaavn.com
Turkish prosecutors have ordered the seizure of Zarrab's assets. His testimony is set to continue Monday.