Mahinda Rajapaksa claims he has enough numbers to prove his majority and at least six of ousted premier Ranil Wickremasinghe's men have defected to his side. The current suspension of parliament by the president is seen as a key to Mahinda Rajapaksa negotiating for enough defections. 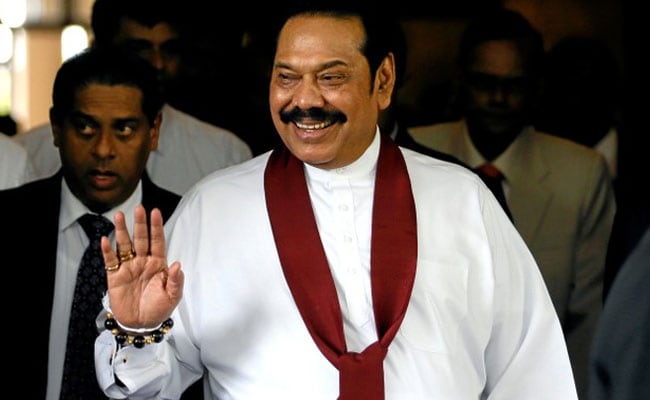 Mahinda Rajapaksa claims he has enough numbers to prove his majority and at least six of ousted premier Ranil Wickremasinghe's men have defected to his side. The current suspension of parliament by the president is seen as a key to Mahinda Rajapaksa negotiating for enough defections.

In a statement, the Tamil National Alliance said Ranil Rajapaksa's appointment was a violation of the Constitution's 19th amendment.

The alliance had "decided to vote in favour of the no-confidence motion against Ranil Rajapaksa," the statement added.

S Vilenthiriyan, one of the TNA legislators from the eastern province, has extended his support to Ranil Rajapaksa. He was made a deputy minister. At least 4 more of the TNA's 16 MPs are believed to be to joining Ranil Rajapaksa.

Ranil Wickremesinghe's United National Party said they have handed over a motion of no-confidence against Ranil Rajapaksa. His call for a floor test in parliament has been ignored by President Sirisena who has suspended parliament until November 16. President Sirisena has been sending conflicting signals about his willingness to end the parliamentary suspension.

Parliament Speaker Karu Jayasuriya has come under pressure from a majority of legislators to reconvene parliament. But President Sirisena's suspension order leaves him with no option but to seek the consent of the president to recall the assembly.

The suspension is aimed at helping Ranil Rajapaksa gain parliamentary majority by engineering defections from Wickremesinghe's party and other allied parties to build the 113 seats required for the majority, the experts said.

Some of the legislators have claimed that huge amounts are being offered to them to defect.

Palitha Range Bandara, a legislator of Wickremesinghe's party, has said he was offered USD 2.8 million to extend support to Ranil Rajapaksa's bid to prove his majority.

"I was asked to make a step forward to become a cabinet minister," Mr Bandara told reporters as he played a voice recording of a conversation he allegedly had with a Sirisena loyalist, who told him that he would be rewarded with a Cabinet position.

Mr Bandara also said that he was possessing a telephone recording of a conversation with "a very powerful person".

"I have a recording of a conversation with a VVIP which I will play very soon," Mr Bandara said.

So far Wickremesinghe has 103 MPs while Rajapaksa has 100 in the 225-member assembly. Most of the 22 remaining MPs, including the TNA, are likely to oppose Rajapaksa, experts said.

The UNP said that Sirisena's people were "shamelessly trying to buy our MPs over to secure this unconstitutional and illegal seizure of power. The police must take action immediately".

Ranil Wickremesinghe has refused to accept his dismissal, claiming to be the country's legitimate premier. He argues that he cannot legally be removed until he loses the support of Parliament and called for a floor test to prove his majority.

On Tuesday, angry protests rocked Sri Lanka's capital as thousands of demonstrators gathered for a rally organised by Ranil Wickremesinghe's party against what it said was a "coup" by President Sirisena.