The economic crisis which is the worst in Sri Lanka's history has prompted an acute shortage of essential items like fuel. 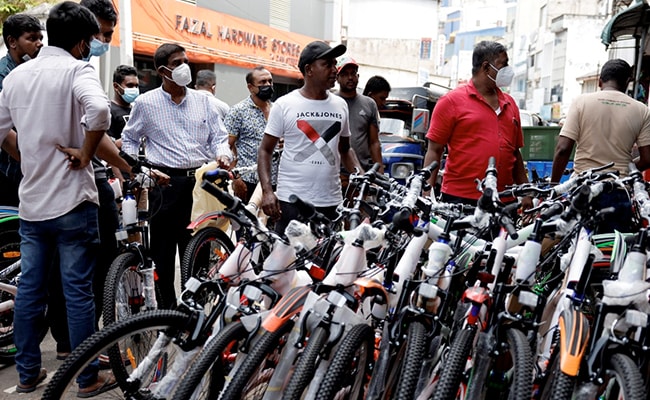 As hundreds of Sri Lankans continue to queue up at petrol pumps across the debt-ridden country every day amid fuel shortage, a large number of people are ditching their cars and motorcycles for bicycles for their daily commute.

The economic crisis which is the worst in Sri Lanka's history has prompted an acute shortage of essential items like fuel. Skyrocketing prices of fuel are also one of the reasons behind the spike in bicycle sales and some stores are running out of stock.

Locals are often seen riding bicycles to offices and colleges.

Locklin, who works as an HR in a private company in Colombo, said that he can neither afford petrol at the current price nor has the time to stand in long queues.

"Due to the current economic situation in the country, we started using bicycles. We cannot afford to get petrol and we have no time to stand in the queues. Sometimes, standing in the queues also does not give a surety that we will get the petrol," Locklin told ANI.

"So, right now cycling is the best option. I have two cycles, one I use for daily use. I usually travel to my workplace by bicycle. It is 8-10 km from my place. Since lately, the crisis has begun, there are a lot of people who have switched to public transport and bicycles," he added.

Speaking to ANI, locals said that the prices of bicycles have increased upto 30 per cent.

"I am using bicycles for going office and my family and many friends are doing the same," said a local resident who visited the shop to buy cycle parts.

Long queues at fuel stations in Sri Lanka is the new normal and prices fluctuate subject to availability.

Locals claim they wait for 4-5 days in queues to get fuel. "I came here on Thursday, we wait in queue for 4-5 days. But they have set a limit of Rs 1500 for bikes - just 3 litres isn't enough, we are in courier service," said a local resident said.

Notably, three ships containing petrol and diesel are expected to reach the country this month and another in August the Chairman of Lanka IOC, the subsidiary of Indian Oil Corporation, said on Saturday as it will give relief to the people facing fuel shortages. One ship is expected to arrive between July 13 and 15 and another ship is scheduled to reach between July 29 and 31.