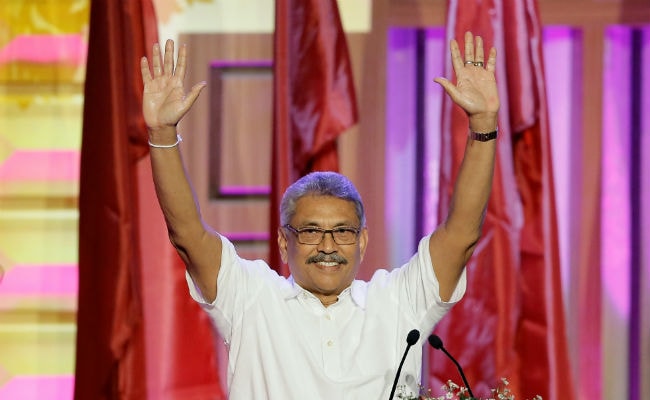 A Sri Lankan appeals court today decided to hear a petition this week on the citizenship of SLPP's presidential candidate Gotabaya Rajapaksa to check his eligibility to contest the November 16 Presidential election.

A three-judge bench of the Court of Appeal would hear the petition on October 2 and 3 that alleges Gotabaya of violating immigration and the election laws by engaging in political activities during the 2005 presidential election while holding a US citizenship.

The petitioners claimed that Gotabaya is not a Sri Lankan citizen as his citizenship certificate is forged and invalid.

He has already paid his deposit to be able to handover his nomination to contest the election. The nominations are to be closed on October 7.

The Court of Appeal has set the hearings for October 2 and 3 when they will consider interim relief sought by the petitioners.

The petitioners claim that since Gotabaya is no Sri Lankan citizen he could not be a candidate to be president of the country.

However, Gotabaya has declared that he is no longer a US citizen and by the virtue of that he is not a dual citizen of Sri Lanka and the US.

Gotabaya reportedly relinquished his US citizenship in April this year.

Romesh de Silva, Gotabaya's counsel, said that the case was filed with malicious intent and that the allegations contained in it were baseless, the Colombo Gazette reported.

The 19th amendment to the Sri Lankan Constitution adopted in 2015 has barred non Sri Lankans from contesting elections.

With Mahinda Rajapaksa also disqualified to run a third term, Gotabaya was seen as the most suitable of the Rajapaksa brothers to contest the election.

Gotabaya under Mahinda Rajapaksa's presidency was credited for the leadership given to end the 30-year campaign by Liberation Tigers of Tamil Eelam (LTTE) to separate the island's north and east provinces to carve out a Tamil homeland.

Therefore he commands popular support from the Sinhala majority community.