At least two people were killed in clashes in early March when Sinhalese Buddhists, angered by a killing of a driver, attacked mosques and Muslim-owned properties in the central Kandy district, a popular tourist destination. 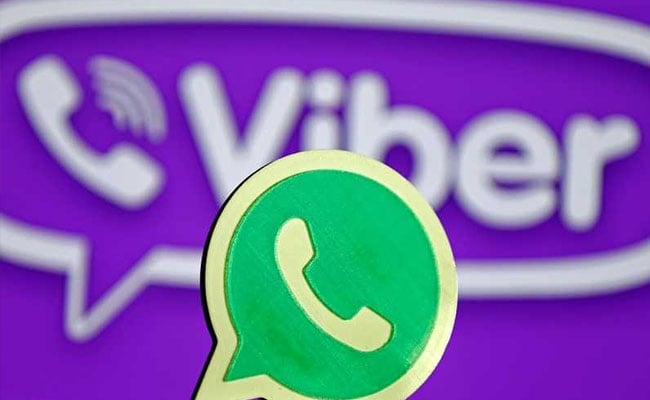 Facebook, Viber and Whatsapp is expected to be accessible to the public by Friday (Reuters)

Colombo: Sri Lanka is likely to lift a ban on social media networks this week, a government minister said on Tuesday, almost a week after blocking access to prevent the spread of communal violence.

At least two people were killed in clashes in early March when Sinhalese Buddhists, angered by a killing of a driver, attacked mosques and Muslim-owned properties in the central Kandy district, a popular tourist destination.

Some of the violence was instigated by postings on Facebook threatening more attacks on Muslims, according to the government, which on March 7 cut access to Facebook, Viber and WhatsApp. It initially said the ban would last for three days, but users say the services have remained blocked, indicating that in practice the ban has been extended.

Harin Fernando, the telecommunication minister, told reporters that senior Facebook company officials were expected to visit Sri Lanka on Thursday and the government was likely to lift the ban on both Facebook and WhatsApp access.

"Once we discuss with the Facebook officials on Thursday, the ban is likely to be lifted on Friday," he said, adding Facebook had been 'slow' to address the government's concerns.

Communal tensions have grown over the past year with some hardline Buddhist groups accusing Muslims of forcing people to convert to Islam and vandalising Buddhist archaeological sites. Muslim groups deny these allegations.

Fernando said authorities would closely monitor the networks for any hate speech that could damage ethnic harmony. He said without elaborating that two state-run institutions would be directly working with the Facebook company on the monitoring.

He added that the government could not control hate speech and fake messages on Facebook by both "extreme" Buddhists and Muslims and it had become a major menace to national security.

"We have seen the destruction due to Facebook messages. We have requested the Facebook to help us to stop hate speech and the problems those messages have created," he said.

In a statement to Reuters, Facebook, which owns WhatsApp, said it had clear rules against hate speech and incitement to violence.

It was responding to the situation in Sri Lanka and was in contact with the government and non-government bodies to support efforts to identify and remove such content, it added.

"We are concerned with the way access to the internet is being restricted and depriving people of important connections and expression, and we hope that access will be restored soon," it said.

US ambassador Atul Keshap said on his Twitter feed that the longer Sri Lanka's social media ban persisted, the greater the damage to tourism, the information technology sector, business, and its reputation for freedom and openness.

"So many Sri Lankans also rely on social media to connect with loved ones overseas," he said.

Police are investigating whether 10 suspected ringleaders of the wave of attacks on Muslims had outside funding or foreign help.

Police spokesman Ruwan Gunasekara told Reuters on Tuesday that the police's terrorism investigation unit had found more than 10,000 leaflets aiming to instigate communal clashes from one of the suspect's office in Kandy.

He also said 280 people have been arrested so far and the police have been able to find seven petrol bombs from the information supplied by some of those among the 10 arrested ringleaders.

A police curfew in Kandy was lifted on Saturday, but since then two isolated attacks on Muslim-owned properties have been reported from the country's South and North Western district.

Sri Lanka's Muslims make up about 9 percent of its 21 million people and mostly live in the east and centre of the island. Buddhist Sinhalese account for about 70 percent and ethnic Tamils, most of whom are Hindus, about 13 percent.

Promoted
Listen to the latest songs, only on JioSaavn.com
Some Buddhist nationalists have protested against the presence in Sri Lanka of Muslim Rohingya asylum-seekers from mostly Buddhist Myanmar, where Buddhist nationalism has also been on the rise.
© Thomson Reuters 2018

(This story has not been edited by NDTV staff and is auto-generated from a syndicated feed.)
Comments
Sri LankaBuddhistsSocial media ban