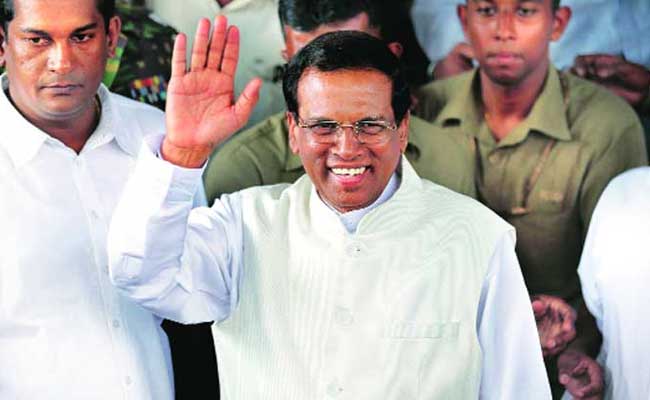 Colombo: Sri Lanka police on Monday arrested a 17-year old school boy on suspicion of hacking into the president's official website, demanding that his university entrance examination dates not be changed, officials said on Monday.

The website of President Maithripala Sirisena, www.president.gov.lk, was first hacked on Thursday and then again on Friday.

The hacker, who made his claim as "The Sri Lankan Youth", posted a message on the website demanding a presidential election immediately if Sirisena was unable to address his demand of not changing the examination dates to April, the month most Sri Lankans celebrate traditional new year.

University entrance exams are held in August. But the government is considering shifting them to April though no final decision has been made yet.

Promoted
Listen to the latest songs, only on JioSaavn.com
"The CID (Criminal Investigation Department) officials arrested a 17-year old school boy in connection with the hacking and he will be produced before the courts tomorrow," the president's spokesman, Dharmasri Bandara, told Reuters.

The hacking comes as Sirisena is facing a split in his Sri Lanka Freedom Party (SLFP) with some party legislators backing former leader Mahinda Rajapaksa, who was ousted in January 2015.
© Thomson Reuters 2016