Sri Lanka Protests: In remarkable scenes of a country in meltdown, anti-government protesters set Wickremesinghe's private residence at Cambridge Place on fire, hours after they stormed the President's House and other key buildings. 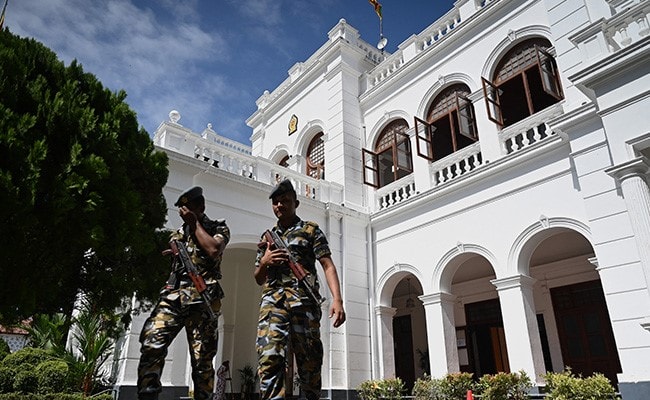 Sri Lanka's acting President Ranil Wickremesinghe has said that much of the contents in his private residence here were not salvageable after a group of irate anti-government protesters torched it on July 9, destroying his 125-year-old piano and more than 4,000 books, some of them centuries-old.

In remarkable scenes of a country in meltdown, anti-government protesters set Wickremesinghe's private residence at Cambridge Place on fire, hours after they stormed the President's House and other key buildings.

Wickremesinghe told CNN in an interview that much of its contents from his torched residence were not salvageable.

“I have lost more than 4,000 books, including some that were centuries old,” he said.

A 125-year-old piano was also destroyed in the fire, he said.

A video released by Daily Mirror newspaper on Twitter on July 10 showed grim visuals of Wickremesinghe's charred residence and a damaged sedan among others.

Paintings and artworks were strewn across the house and the compound.

Wickremesinghe said he respects the rights of the protesters to peacefully undertake their demonstrations, but he asserted that he will not allow another government building like the Presidential Palace or the Prime Minister's private residence to be occupied.

The acting President said he has authorised Sri Lanka's armed forces and the police to take whatever action is necessary to stop people from storming public facilities and obstructing Parliament.

"We are trying to prevent (the police and military) from using weapons…They have been attacked on some occasions but we still told them try your best not to use weapons,” he added.