Sri Lanka Crisis: A top government source told NDTV that the President has been shifted to Army Headquarters last night. 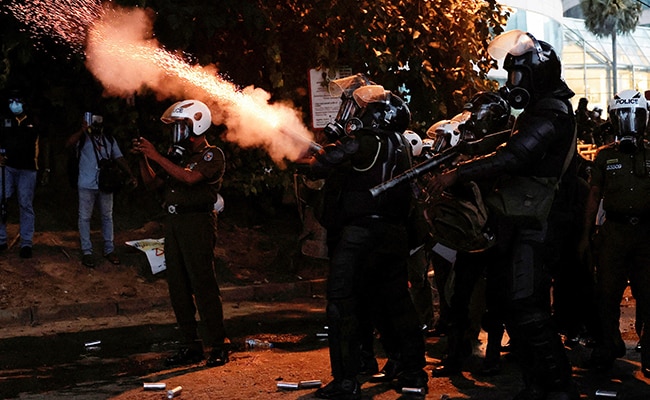 The police removed the curfew after challenge from the opposition parties, rights activists.

Sri Lankan Prime Minister Ranil Wickremesinghe said he is willing to resign after crisis worsened in the island nation.

A top government source told NDTV that the President has been shifted to Army Headquarters last night.

Here are the LIVE Updates on Sri Lanka Crisis:

Get NDTV UpdatesTurn on notifications to receive alerts as this story develops.
Jul 10, 2022 06:27 (IST)
US urges Sri Lanka leaders to work 'quickly' to address 'discontent'
The United States on Sunday urged Sri Lankan leaders to act quickly to seek long-term solutions after the president was chased from his residence and announced his resignation.

Jul 10, 2022 00:11 (IST)
Protestors continue to occupy Sri Lanka President's house and office.
Jul 09, 2022 22:28 (IST)
Just in: Sri Lanka President Gotabaya Rajapaksa to resign on July 13.
Jul 09, 2022 22:16 (IST)
Sri Lanka Protests Reach Cricket Fences During Galle Test Against Australia
Hundreds of people climbed the walls of the scenic Galle Fort in the morning session of the second Test for a protest condemning President Gotabaya Rajapaksa for mismanagement of the country's finances
Jul 09, 2022 21:14 (IST)
Protesters Attack Prime Minister's House, Set It On Fire
Angry protesters attacked the Prime Minister's house and set it on fire. The Prime Minister's Office said a mob broke into the Wickremesinghe's private residence and set it on fire and damaged vehicles belonging to him.
The Prime Minister earlier said he is willing to resign to make way for an all-party government.
Jul 09, 2022 20:08 (IST)
PM Wickremesinghe Expresses Regret Over Attack On Journalists
Sri Lankan Prime Minister Ranil Wickremesinghe expressed grave regret over the assault on journalists who were covering the protests in the crisis-hit nation.
A statement issued by the Prime Minister's Office said, "Freedom of media is paramount to Democracy in Sri Lanka. The Prime Minister requests both the security forces and the protesters to act with restraint to prevent any violence and ensure the safety of the public."
According to reports, four journalists with Sri Lanka's NewsFirst news channel were beaten by the police.
Jul 09, 2022 19:52 (IST)
Four Journalists with Sri Lanka's NewsFirst news channel were beaten by the police.

I wholeheartedly condemn the brutal inhuman attack on @NewsFirstSL journalists by police officers stationed to protect @RW_UNP. SHAME ON YOU, illegitimate Prime Minister.

Jul 09, 2022 18:36 (IST)
Demonstrations Outside Prime Minister's House, Police Fire Tear Gas
Minutes after Ranil Wickremesinghe announced that he is willing to resign as the Prime Minister of Sri Lanka, demonstrations were held outside his residence.
The police fired tear gas on demonstrators who were protesting outside his house.
Jul 09, 2022 18:05 (IST)
Willing To Resign, Says Sri Lanka's Prime Minister After Crisis Worsens
Sri Lanka's Prime Minister Ranil Wickremesinghe said he is willing to resign after the party leaders' meeting and make way for an all-party government to take over.
The Prime Minister's Office said, he is taking this decision in view of the fact that island-wide fuel distribution is due to recommence this week and  the World Food Program Director is due to visit the country this week and the Debt Sustainability report for the IMF is due to be finalised shortly.
Jul 09, 2022 17:40 (IST)
Speaker Writes To PM, President To Resign After Urgent Party Leaders Meet
An urgent party leaders meeting was held at the Speaker's residence after crisis worsened in Sri Lanka. The Speaker has written to Prime Minister Ranil Wickremesinghe and President Gotabaya Rajapaksa after overwhelming requests. 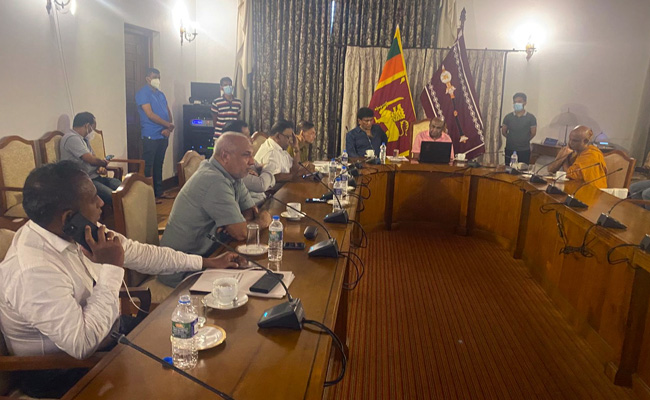 Correction to my earlier tweet on consensus to ask PM and President to resign. No consensus as PM disagrees. Speaker however decided to write to President and PM to resign as per overwhelming request. 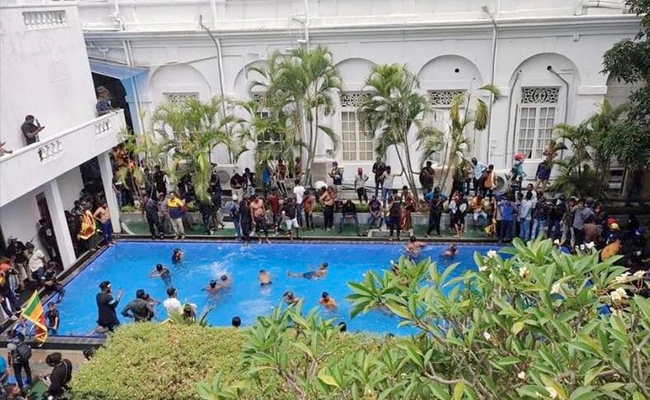