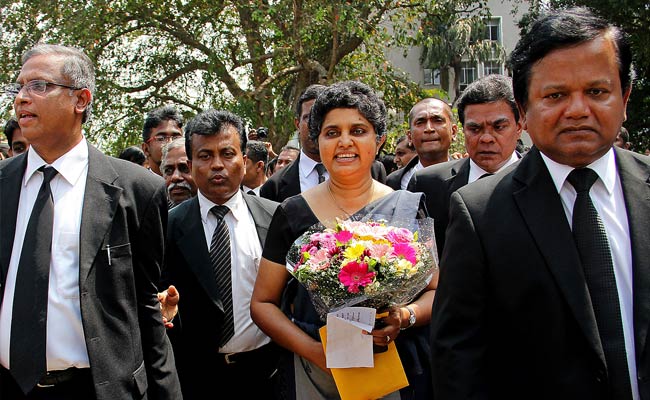 Sri Lanka's President Maithripala Sirisena on today appointed a Tamil judge as the country's chief justice, the first member of the minority community to hold the post in more than two decades.

Kanagasabapathy Sripavan, 62, was sworn in on today, ending a crisis in the Supreme Court triggered by the sacking of former chief justice Shirani Bandaranayake two years ago.

"Justice Sripavan was sworn in before President Sirisena," the presidential secretariat said in a statement.

The appointment comes two days after Mr Sirisena declared the controversial impeachment of Justice Bandaranayake by the previous regime illegal, fulfilling one of the pledges he made before his surprise win of this month's election.

Justice Bandaranayake stepped down on Thursday, a day after being formally restored to the post, which she lost in January 2013 after angering former president Mahinda Rajapakse with her judgements against his regime.

Justice Bandaranayake's sacking was widely criticized, with the UN Human Rights Council calling it an assault on judicial independence.

The supreme court had been accused of political bias since she was replaced by Mohan Peiris.

The government of Mr Sirisena, a member of the majority Sinhalese community, has vowed reconciliation with Tamils six years after the end of separatist war that claimed at least 100,000 lives between 1972 and 2009.