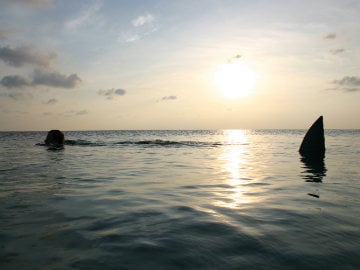 Madrid: Spain's biggest hotel chain Melia Hotels International said on Monday it has removed shark fins from the menu of all of its restaurants around the world, joining a growing global campaign against the popular delicacy in Asia.

"With the removal of shark fin as an ingredient, Melia contributes to the protection of the important role sharks have in maintaining balance in marine ecosystems," the company said in a statement.

"As predators, sharks are a key species in the food chain and also indicators of the health of our oceans. They eliminate the weakest prey, maintain balance with competitors, and guarantee the diversity of species," it added.

Melia, which runs more than 350 hotels in 40 countries, making it one of the world's largest hotel companies, said the ban on shark fins would also apply to all events held in its facilities.

Shark fins are highly prized by many in Asia, especially in Hong Kong and China where shark fin soup is commonly served at wedding banquets and corporate parties.

Environmental activists have for years campaigned against shark finning, in which the fins are sliced off sharks, often while they are alive, before the fish are thrown back into the ocean to die.

They say it is cruel, and a threat to sea life and the preservation of the oceans, and has led to overfishing, with many shark species now considered endangered.

Melia is the latest among a string of companies to boycott shark fin consumption in recent years following lobbying by conservationists.

Promoted
Listen to the latest songs, only on JioSaavn.com
Thai Airways announced last week that it had stopped flying shark fin cargoes, bringing the carrier in line with a number of other Asian carriers including Hong Kong's Cathay Pacific and Philippine Airlines.

More than 70 million sharks are killed worldwide every year, with a majority of fins consumed in Chinese markets, according to environmental group WWF.