With a majority of Catalans geared to break away, President of Catalonia Carles Puigedemont will address Catalonia's parliament. Chances of a declaration of independence seem high 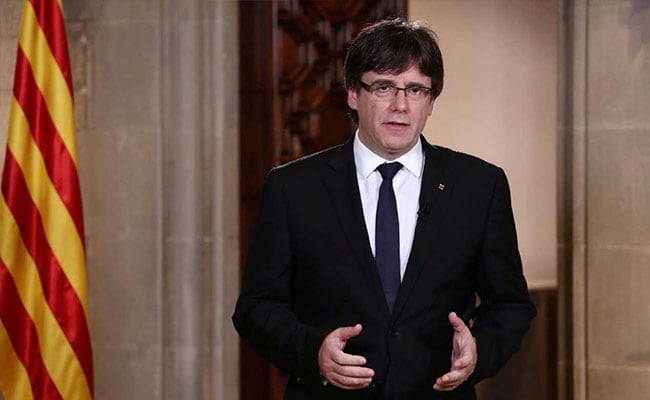 Barcelona, Spain: All eyes are on the Catalonia's parliament in Barcelona today. For the first time since the referendum for independence from Spain was held on October 1, the Catalan regional President Carles Puigedemont will address the parliament. Will he or will he not make a unilateral declaration of Catalonia's independence from Spain? If not, what will his speech on the "political situation" be? This will only be clearer at 6 pm local time (9:30 pm in India).

With a majority of Catalans geared to break away and the centre threatening to take tough measures, Mr Puigedemont will be under tremendous pressure today. No matter what his declaration is, it will not be interpreted the same way in Barcelona as in Madrid.

Spain's deepest political crisis in decades is also a clash is between two conflicting interpretations of democracy.

The conservative centre has outlawed the Catalonian referendum and sees it a threat to Spain's sovereignty. But many Catalonians consider the central government a "patriarchal and colonialist" force that they want to break away from. They believe democracy cannot exist without people's approval of who governs them and how. 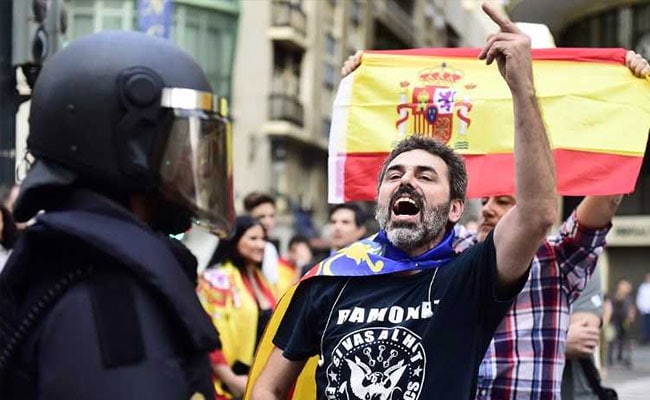 Chances of a declaration of independence seem pretty high as the campaign has gained momentum in a way it never had until now. Several left leaning political leaders have made an appeal for dialogue and many feel Catalonia is may not be ready for an immediate secession.

Spanish Prime Minister Mariano Rajoy will address the Spanish parliament tomorrow. He warned that the centre "will take whatever decision that we are permitted to by law", to preserve Spain's unity. If Article 155 of the Spanish constitution were to be invoked, it would allow Madrid to rule directly over Catalonia.

Local media reported that Spain had sent three warships to dock in the Barcelona port and several thousand police personnel are on standby. A day before the expected declaration, the region of Valencia saw extreme right-wing elements trying to violently disrupt a peaceful procession.

The high court in Barcelona has asked for the protection of the Spanish National Police. The court is dealing with legal procedures against Catalonia's leaders. The Mossos d'Esquadra (Catalan police) did not prevent voters from carrying out the referendum.

Several businesses and banks have moved their headquarters out of Catalonia in the face of political uncertainty. However, pro-independence supporters believe the businesses will return. 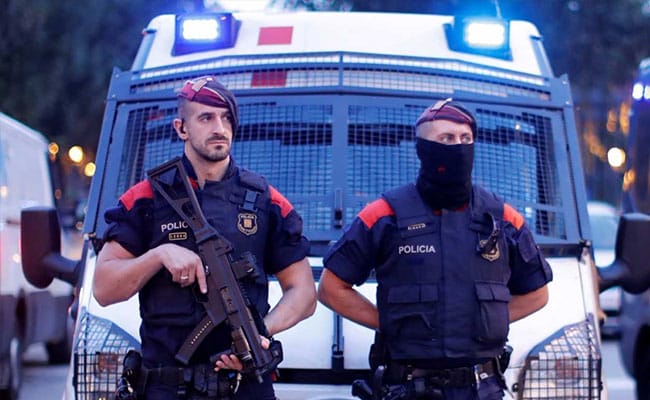 Catalan nationalism can be traced back to 1960s in the region's opposition to Franco's dictatorship. Catalonia played an important role in Spain's transition to democracy in 1975.

From 2000 onwards, when the right wing PP (Popular Party) came to the centre, Catalonians feel their autonomy ambitions have been crushed with heavy handed centralism. Catalonia is Spain's wealthiest region. It played a key role in the country's recent transition to democracy in 1975 and has been pro-European union. If Catalonia declares independence, it will no longer be part of the European Union (EU). It's not clear, however, what happens if Europe refuses to recognise Catalonia as an independent republic.

A majority of Catalonians believe their demands will not be met through dialogue. The centre has been banning laws passed by their parliament. Pro-independence supporters feel the centre's fiscal policies are unfavourable to the region and their democratic and civil right are under attack.

Madrid slapped sedition charges on Catalan leaders, and declared the referendum held on October 1 illegal. Police violence on referendum day has further fuelled the anti-Madrid sentiment in Catalonia. Citizens were mobilised in huge number during the referendum to hide ballot boxes from central authorities and squat polling stations to prevent them from being shut down by Spanish national police. Voter turnout was 42 per cent, and 90 per cent voted for independence.

Promoted
Listen to the latest songs, only on JioSaavn.com
Catalan firefighters who formed human chains to protect voters have pledged to help peaceful people from riot police again tomorrow.

If Catalonia breaks away from Spain, it will not automatically acquire EU membership. France and other pro-European nation states will fear a Catalonia breakaway could give a boost to separatist factions all over Europe.