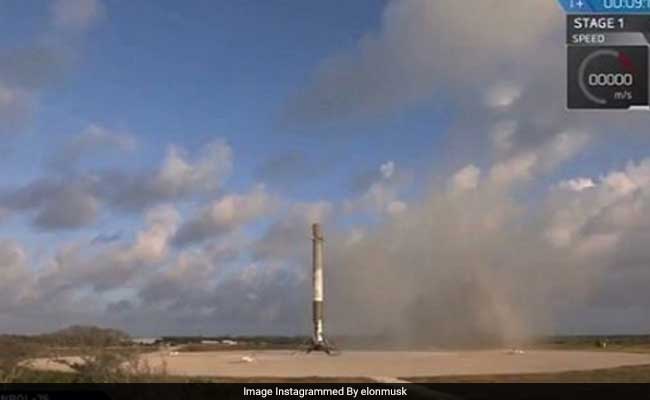 This is SpaceX's first military launch. Little is known about the payload due to its classified nature.

Miami: SpaceX on Monday blasted off a secretive US government payload, known only as NROL-76, marking the first military launch for the California-based aerospace company headed by billionaire tycoon Elon Musk.

The payload for the National Reconnaissance Office, which makes and operates spy satellites for the United States, soared into the sky atop a Falcon 9 rocket at 7:15 am (1115 GMT).

The launch was initially planned for Sunday, but was postponed in the last seconds before liftoff due to a sensor issue with the rocket, SpaceX said.

The sensor in question was replaced ahead of Monday's attempt.

Little was known about the payload due to its classified nature.

"As a matter of policy and because of classification, NRO does not provide information about our contracts," a spokeswoman told AFP.

Until now, the US military has spent billions per year exclusively with United Launch Alliance, a joint operation of aerospace giants Boeing and Lockheed Martin, to launch government satellites.

SpaceX in 2014 protested the US Air Force's practice of using only ULA, saying it unfairly awarded billions of dollars to a single company for national security launches.

SpaceX to was selected to launch NROL-76 "after a competition," said the NRO spokeswoman.

Promoted
Listen to the latest songs, only on JioSaavn.com
She said she did not know when the contract was awarded. The contract was first announced last year.

SpaceX regularly launches unmanned cargo ships to the International Space Station, and is working on a crew capsule that could carry humans into orbit as early as next year.
Comments
SpaceXNROL-76Elon Musk