SpaceX Dragon Returns To Earth With Live Mice, 4100 Pounds Of Cargo In Tow

A variety of technological and biological studies are returning in Dragon, including hardware from the "Made in Space Fiber Optics" payload, which demonstrated manufacturing fiber optic filaments in a microgravity environment, the US space agency said. 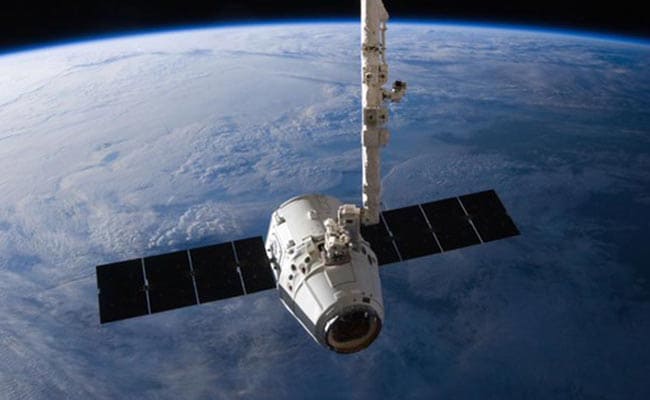 A variety of technological and biological studies are returning in Dragon, including hardware from the "Made in Space Fiber Optics" payload, which demonstrated manufacturing fiber optic filaments in a microgravity environment, the US space agency said.

Designed by the company "Made in Space" and sponsored by the Center for the Advancement of Science in Space (CASIS), the investigation pulled fiber optic wire from ZBLAN, a heavy metal fluoride glass commonly used to make fiber optic glass.

Research indicates that ZBLAN fiber pulled in microgravity may not crystalize as much, giving it better optical qualities than the silica used in most fiber optic wire.

Results from this investigation could lead to the production of higher-quality fiber optic products both in space and on Earth.

The investigation, which was conducted jointly with the US National Lab, evaluated a new drug delivery device for administering continuous low doses, which could help counteract muscle wasting and prevent the need for daily or frequent drug administration.

A tiny capsule, implanted under the skin, delivers a constant, low dose of a drug via a silicone membrane, with channels as narrow as 1/50,000 the width of a human hair.

The drug, called formoterol, is a common therapy in asthma inhalers and for other lung diseases that relaxes muscles responsible for tightening a patient's airways.

The low-dose delivery also could help avoid the known side effects of taking high doses long-term.

Dragon is the only space station resupply spacecraft currently able to return cargo to Earth.

Promoted
Listen to the latest songs, only on JioSaavn.com
The spacecraft lifted off from Space Launch Complex 40 at Cape Canaveral Air Force Station in Florida on December 15 carrying about 4,800 pounds of supplies and scientific cargo, NASA said.

(Except for the headline, this story has not been edited by NDTV staff and is published from a syndicated feed.)
Comments
SpaceXSpaceX DragonSpaceX Dragon ISS