"They would have accepted Lee's behavior as a divine act rather than a sexual one, and gave up questioning him thinking that it would constitute a sin." the court said. 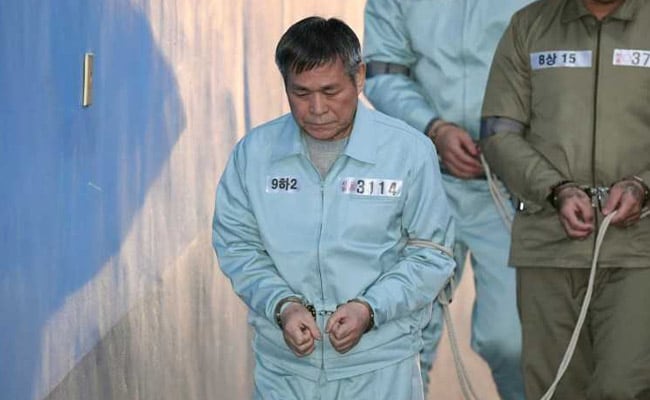 The controversial leader of a South Korean megachurch, Jaerock Lee, was sentenced to 15 years in prison on Thursday for raping eight female followers, after telling them he was carrying out "an order from God."

Lee is the head of the Manmin Central Church, which claims to have 133,000 followers and 10,000 branch and associate churches around the world.

Lee has long been a controversial figure: he was ejected from the Christian Council of Korea in 1999 for his "heretical" beliefs and was branded a "cult leader" by the Korean Ministry Association after claiming he was sinless and exempt from dying.

"The victims who attended the church since childhood believed that obeying Lee as a god-like figure is the path to heaven," the court said in its verdict. "Apparently the victims were psychologically positioned to be powerless to disobey Lee, and Lee took advantage of their status to commit the crime."

The court said Lee even denied "objective facts" during the investigation and had shown no regret in the courtroom. It said Lee, 75, was around 50 years older than his victims.

"The victims believed him to be a divine being who wields divine power," the court said. "They would have accepted Lee's behavior as a divine act rather than a sexual one, and gave up questioning him thinking that it would constitute a sin."

Accusations that Lee was abusing his power to have sex with female followers have circulated for two decades. In 1999, around 300 of his supporters stormed a Korean television station after it broadcast a critical documentary about Lee's claims he could cure illness: his sect had previously obtained a court order preventing the Munhwa Broadcasting Corp. from screening a story about Lee's sex life.

Lee was also invited to preach all over the world, with his church claiming he performed miraculous acts of healing.

"At each overseas crusade, countless have received God's healing of such incurable and terminal diseases as AIDS, cancer, and the like on the spot when Rev. Dr. Lee prayed not by placing his hand on each of the sick but merely for all from the pulpit," the Manmin church said on its website.

In August, South Korean cult leader Shin Ok-ju was arrested on her return to Seoul from Fiji, amid accusations she had stranded hundreds of followers there for years after predicting famine would strike the Korean Peninsula and subjected them to violent rituals. A video later emerged of her beating followers and ordering them to strike each other.

(Except for the headline, this story has not been edited by NDTV staff and is published from a syndicated feed.)
Comments
South Korean Church LeaderChurch Leader Jailed For RapeChristian Council of Korea