South Korea to Pay About $380,000 for Each Student Killed in Ferry Disaster 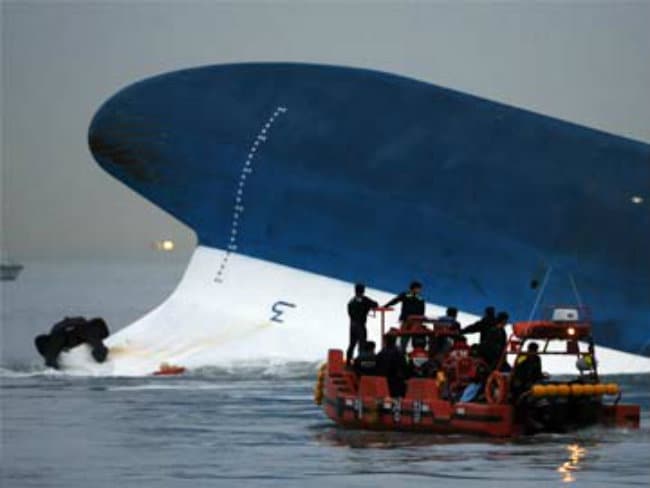 The South Korean government said today it would pay about 420 million won ($380,000) compensation for each of the 250 students who died or remain missing from last year's ferry disaster, in the first settlement offer to victims' families.

The families of 11 teachers who died in the disaster will receive on average 763,895 won, the amount higher to account for their lost income, the Ministry of Oceans and Fisheries ministry said.

Other passengers will receive between 150 million won to 600 million won depending on their age and income, it said.

More than two-thirds of the 476 passengers on board the doomed Sewol ferry were students on a school trip. Many of them died trapped in the vessel following orders by the crew to stay in their cabins as it capsized and sank on April 16 last year.

The Ministry of Oceans and Fisheries said a compensation committee had set an average payout of 425.8 million won to the families of each of the students who died or remain missing.

A group representing the family members of the victims protested the government's announcement as an attempt to divert attention away from their demands for a thorough and independent investigation into the accident, Yonhap news agency reported.

The ferry sank while making a turn on a routine voyage to the holiday island of Jeju. The vessel was later found to be defective, with additions made to increase passenger capacity making it top-heavy and unstable.

Promoted
Listen to the latest songs, only on JioSaavn.com
The ferry's chief engineer has been convicted of homicide and jailed for 30 years. He is appealing the sentence. Fourteen other surviving crew members sentenced to between five and 36 years in jail are also appealing their convictions.

The ministry said compensation could rise when payments from insurance and a fund that was established with contributions from the public are added. Those payments are expected to amount to 300 million won per person, a ministry official said.
© Thomson Reuters 2015