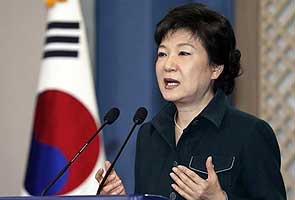 Seoul: South Korean President Park Geun-hye said on Monday there would be strong and swift military response to any North Korean provocation without regard to political consequences, after Pyongyang said at the weekend it was entering a state of war with its rival.

Promoted
Listen to the latest songs, only on JioSaavn.com
"If there is any provocation against South Korea and its people, there should be a strong response in initial combat without any political considerations," Park told the minister of defence and its senior officials at a meeting on Monday.