After enquiring, the owners of Beloftebos Wedding Venue told them they do not host same-sex weddings because of their Christian beliefs. 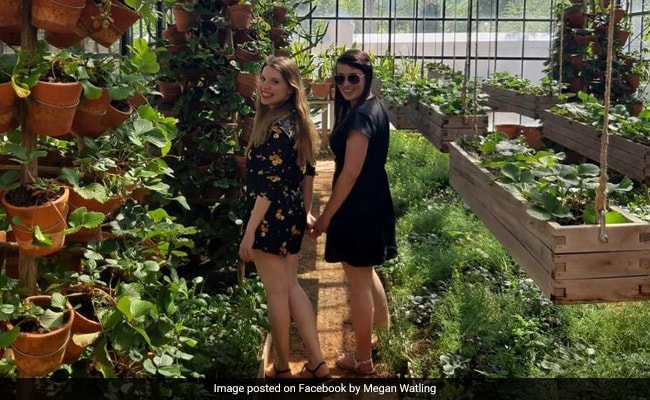 The couple said they believed they had found the perfect wedding venue.

A wedding venue in South Africa is refusing to host a ceremony for a lesbian couple because of its Christian beliefs, sparking a row in the only African country to permit gay marriage.

South Africans Sasha Lee Heekes and Megan Watling said they believed they had found the perfect venue for their wedding planned for April 2021.

But after enquiring, the owners of Beloftebos Wedding Venue told them they do not host same-sex weddings because of their Christian beliefs.

After the rejection Heekes took to social media to express her shock.

"You may not understand the hurt I feel, and how disheartened I am that such prejudices go unchallenged," Heekes said in recent days.

"But Beloftebos' way of thinking is one of many insidious ripples leftover from beliefs and ideologies that have contributed to mass human injustice," she said on Facebook.

The couple, who "are shocked by the homophobic vitriol flung at them," are considering some kind of action, a friend of the couple told AFP on Tuesday.

"They are currently in consultation with a wide variety of role players ... and are taking their time to consider their options," said the friend who declined to be named.

The incident has triggered a row in South Africa, the only country on the continent to allow same-sex marriage, which was legalised in 2006.

"You cannot in the name of religious freedom or religious beliefs unfairly discriminate on any of the prohibited grounds mentioned in the equality (law)," Gaum said.

But Michael Swain, spokesman for Beloftebos and director of Freedom of Religion South Africa, said it would be unfair for the venue owners to be forced to celebrate something that goes against their Christian beliefs and convictions.

But he said the venue would have no problem hosting any other event for a same-sex couple such as a birthday party.

"There is a constitutional court precedent which says that in the equality clause, there is no hierarchy of rights," Swain added.

Heekes and Watling are not the first couple to be turned away by the venue.

In 2017 Alexandra Thorne and Alex Lu were also denied use based on their sexual orientation and their case is yet to be heard in court.