In her apology, the Pakistani model Sauleha said that she did not intend to hurt anyone and the pictures were supposed to be a memory of her visit to Kartarpur Sahib. 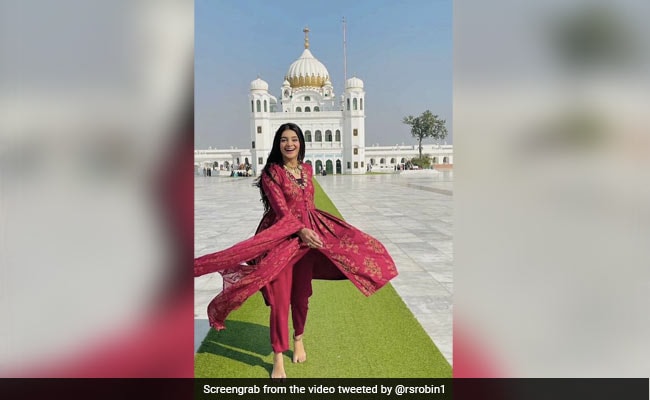 A Pakistani model's photos at Gurdwara Darbar Sahib in Kartarpur set social media abuzz after some on social media pointed out that the "bareheaded pictures" hurt the sentiments of the Sikh community. The model, Sauleha, later deleted the photos and posted an apology on her Instagram page.

On Monday, a clothing brand - Mannat Clothing - posted pictures of Sauleha, shot at Kartarpur Sahib, on their Instagram page. Shiromani Akali Dal spokesperson Manjinder Singh Sirsa and other users shared the photos pointing that the model was bareheaded.

Such behaviour & act at pious place of Sri Guru Nanak Dev Ji is totally unacceptable!
Can she dare to do the same at her religious place in Pakistan?@ImranKhanPTI@GovtofPakistan shd tk immed action to stop this trend of treating Sri Kartarpur Sahib as picnic spot by Pak people pic.twitter.com/AwyIkmqgbC

Covering one's head in a gurdwara is mandatory and considered as a way of showing respect for the revered place.

Modelling bareheaded for ladies' attire, in the premises of Gurdwara Sri Darbar Sahib at #KartarpurSahib in Pakistan, by a Lahorite woman, has several hurt the religious sentiments of Sikhs. Further the pictures were uploaded on social media.@ImranKhanPTI@MORAisbOfficialpic.twitter.com/i5RX01kWGo

In her apology, Sauleha said that she did not intend to hurt anyone and the pictures were supposed to be a memory of her visit to Kartarpur Sahib.

"Recently I posted a picture on Instagram that was not even a part of a shoot or anything. I just went to Kartarpur to learn about the history and know about the Sikh community. It wasnt done to hurt anyone sentiments or anything for that matter. However, if I have hurt anyone or they think that I dont respect there culture. I am Sorry," she wrote in her Instagram post.

Both the brand and model also clarified that the pictures were not part of a photoshoot.

In her apology note, Sauleha also said that she "respects the Sikh culture" and will be more mindful and responsible in future.

Following the tweet by Mr Sirsa, Pakistan police have initiated a probe into the incident. The police said that they are investigating all aspects relating to the photoshoot and will take strict legal action against those responsible.

Pakistan's Information Minister Fawad Chaudhry also said that the designer and model must apologise to the Sikh community.

The Designer and the model must apologise to Sikh Community #KartarPurSahib is a religious symbol and not a Film set….. https://t.co/JTkOyveXvn

"Kartarpur Sahib is a religious symbol and not a film set," he tweeted.