If you're an Apple employee this is a big change. Up until now you've been used to having your own office space. 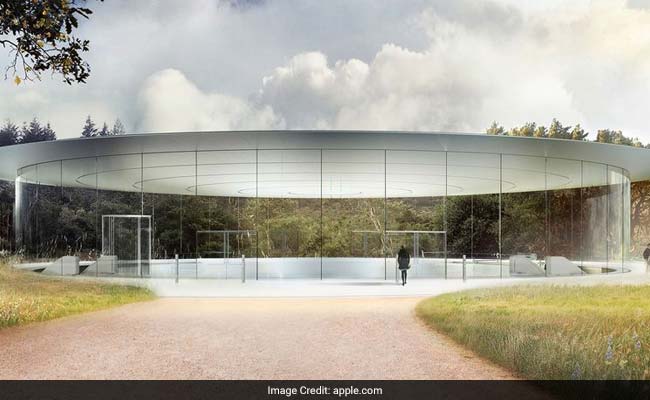 The $5 billion Apple Park campus is to be a state-of-the-art facility.

Construction at Apple Park, the tech giant's new "spaceship" headquarters in Cupertino, Calif., is projected to be completed by the end of this year. The $5 billion campus is to be a state-of-the-art facility, boasting the latest in energy efficiencies, green technologies, a 100,000 square foot fitness center,an orchard, a meadow and a pond. Some 12,000 Apple employees are moving into the 175-acre campus over the next six months. But unfortunately some of them aren't as excited as you'd think they'd be.

If you're an Apple employee this is a big change. Up until now you've been used to having your own office space. But the new Apple Park will change all that. The programmers, engineers, developers and other employees who work there will be rubbing elbows with each other over long tables that they'll be sharing in the company's new open space environment. And some are not thrilled.

Jon Gruber, a podcaster and blogger that follows the company is reported to have received emails from employees who threatened to leave the company if the workplaces aren't suitable. "Judging from the private feedback I've gotten from some Apple employees, I'm 100 percent certain there's going to be some degree of attrition based on the open floor plans," he said in this Macrumors report.

Open office designs have been popular with many companies over the past few years. But they've also been controversial. Executives believe that an environment without cubicles fosters collaboration, innovation and creativity. Research has backed up some of these claims. But many workers aren't so crazy about the lack of privacy-and that guy who noisily eats his lunch just a few feet away. Tuna salad again?

Gruber claims that one vice president had the company build his "very successful" group their own building because he was so dissatisfied with the open floor plan. Business Insider reports that the company's cloud services team have claimed its former headquarters for their own workspace, voicing concerns that "Apple employees used to privacy and a quiet work environment might be upset by the open floor plans."

Promoted
Listen to the latest songs, only on JioSaavn.com
Does your company have an "open" office like Apple's implementing? Do your employees like it? According to Gallup's 2017 State of the American Workplace report, about 70 percent of U.S. offices utilize an "open" environment, so if you do you're certainly in the mainstream. For now.