Steve Baker said he was "sorry that relations between the United Kingdom and Ireland have been soured by the Brexit process", during an interview with Ireland's national broadcaster RTE. 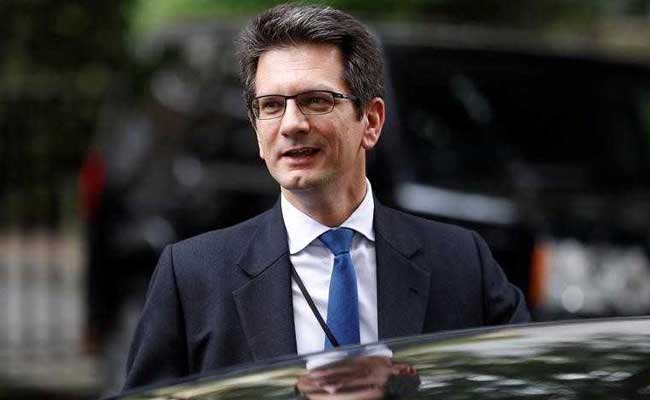 Steve Baker said he was sorry that relations between both the nations were soured. (File)

A British government minister on Monday apologised for the damage done to diplomatic ties between the UK and Ireland during Brexit negotiations.

Steve Baker said he was "sorry that relations between the United Kingdom and Ireland have been soured by the Brexit process", during an interview with Ireland's national broadcaster RTE.

The prominent Brexiteer and Eurosceptic, who was appointed a junior minister in the Northern Ireland Office last month, also acknowledged his hardline stance during talks over the UK's divorce from the EU had "caused enormous amounts of anxiety".

"Some of our actions were not very respectful of Ireland's legitimate interests and I want to put that right," said Baker, who once styled himself as "Brexit hard man Steve Baker".

Baker's comments follow a similar apology he made over relations with Ireland during the Conservative party's annual conference, which has been overshadowed by fallout from an economic agenda unveiled by new Prime Minister Liz Truss less than a month after she succeeded Boris Johnson.

The Northern Ireland minister said he had an opportunity to meet Irish leaders at events following the death of Queen Elizabeth II last month and had "felt the ice thawing a bit".

Truss's government has looked to set a new tone in dealing with the thorny issue of post-Brexit trade rules in Northern Ireland with both Dublin and Brussels.

Speaking to Northern Ireland's UTV, the UK prime minister said Baker was "speaking from his personal experience" with his decision to apologise.

But she added that her government "absolutely want to find a negotiated solution" on trade in the province and "work with our neighbours in the Republic of Ireland".

As foreign minister, Truss spearheaded legislation to tear up parts of the Northern Ireland Protocol the UK government signed with the EU to govern trade, plunging relations to a new low.

The European Commission said on Monday technical-level talks with Britain, which stalled in February, would resume this week.

A spokesman said new UK Foreign Minister James Cleverly and the EU's pointman on the issue Maros Sefcovic had a "good conversation" on the protocol, which effectively keeps Northern Ireland within the EU single market to avoid a hard border on the island of Ireland.

Speaking later at a reception, Cleverly also said he had every confidence challenges in the relationship with the EU would be overcome.

"I have no doubt we will get there because there is no version of the future where the UK is successful, and the EU is not," he said.

"And there is no version of the future where the EU is successful and the UK is not. So we know we are both going to be successful together."

Irish premier Micheal Martin said in response to Baker's apology that he considered the comments "honest".

The Taoiseach added in recent discussions with his UK counterpart that both had expressed the "desirability of very good relationships, obviously, between Britain and Ireland and also between the United Kingdom and the European Union".

The arrangements are fundamentally opposed by Northern Ireland's pro-UK unionist community which views the border checks it imposes on goods heading to Northern Ireland from mainland Great Britain as a threat to the province's position in the UK.

The Democratic Unionist Party has boycotted Northern Ireland's devolved assembly over the protocol, paralysing its executive since February and in spite of May elections.

Baker said his apology had not been welcomed by unionists but urged them to "de-escalate these tensions".