Slowdown in Global Warming May Be An Illusion, Temperaturtes Up Says Study 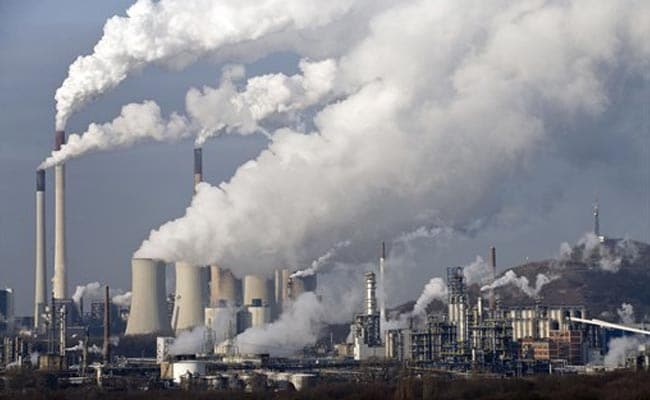 Washington: An apparent slowdown in the pace of global warming in recent years may be an illusion based on skewed data, according to a study on Thursday that found no break in a trend of rising temperatures.

In 2013, the UN panel of climate experts reported a "hiatus" in warming since about 1998, despite rising man-made emissions of greenhouse gases. That heartened sceptics who say the risks of climate change have been exaggerated.

The new U.S. study in the journal Science, based on a re-analysis of worldwide temperature data, found no pause in the warming blamed by most climate experts for producing heatwaves, downpours and higher sea levels.

"There is no discernible... decrease in the rate of warming between the second half of the 20th century and the first 15 years of the 21st century," experts led by the U.S. National Oceanic and Atmospheric Administration (NOAA) wrote.

Some other experts said however the idea of a hiatus was still valid, since warming had probably slowed this century if compared to fast rates in the 1980s and 1990s.

"It is curious that a comparison with these decades was not included in this new study," said Richard Allan, a professor of climate science at the University of Reading.

Thomas Stocker, a Swiss scientist who co-led the U.N. report in 2013 that found a hiatus, cautioned it was hard to pin down exact causes of warming over short periods because of big natural swings.
In recent years, scientists have proposed many explanations for the hiatus, such as changes in the sun's output or sun-dimming ash from volcanic eruptions.

Thomas Karl of the NOAA, the lead author of Thursday's study, told Reuters that such factors might be slowing temperature rises.

If they wear off as expected, "we may be talking of warming faster than in the last part of the 20th century," he said.

Among new data, Thursday's study said that a shift to measuring sea temperatures by unmanned floating buoys in recent years may have led to underestimates of ocean warming.

Water sampled by buoys is typically 0.12C (0.2F) cooler than the former measurements by ships because heat from ships' engines nudges up thermometers.

Governments are meeting this week in Bonn, Germany to work on a new U.N. deal to slow warming, due in Paris in December.
© Thomson Reuters 2015