The Singapore government announced the measures for Little India area which offers Indian-origin products and where the festive mood has been set ahead of Diwali. 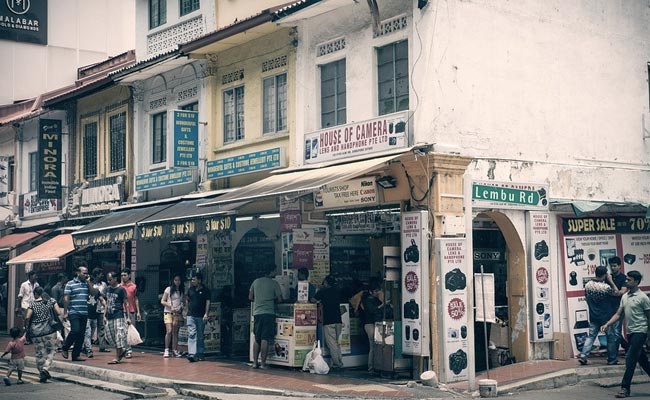 The night bazaar at Singapore's Little India remains suspended due to the pandemic. (Representational)

The Singapore government has announced crowd control measures at Little India, a popular precinct, in the lead-up to Diwali to prevent overcrowding amid rising cases of COVID-19.

"This will ensure that crowds are spread across the precinct and prevent choke points during peak periods," the Straits Times, quoting the Singapore Tourism Board (STB), said on managing the flow of human traffic in Little India.

Little India is replete with shops and eateries offering an array of Indian-origin products where the festive mood has been set with decorative street lighting.

Diwali, the festival of light, which celebrates the triumph of good over evil, falls on November 4 this year.

Some businesses will also extend their operating hours to allow shoppers to spread out their visits during the Diwali week, the report said.

This is the second year that the major Hindu festival is being celebrated in the middle of the pandemic.

While the night bazaar remains suspended this year, visitors can enjoy food trails, heritage tours, cooking demonstrations, treasure hunts and competitions such as a TikTok dance challenge being organised within the precincts, which also has a mixed dwelling of residences, apartments and hotels, the report said.

Last year, bazaars or festival villages were not allowed, though some stalls were permitted to extend their footprint out to the streets in order to accommodate crowds.

The STB had also deployed a posse of enforcement officers and safe distancing ambassadors during peak periods leading up to Diwali to help with crowd management.

Eight people were each issued composition fines of SGD300 in late October and early November last year for failing to comply with safe management measures while in Little India, the report said.

The Ministry of Health has reported 3,058 new COVID-19 cases and nine deaths linked to the virus on Sunday, taking the death count to 233 since last year.