The Ever Given ship was released on July 7 and ship tracker MarineTraffic showed it to be underway in Mediterranean Sea north of the Egyptian coast. 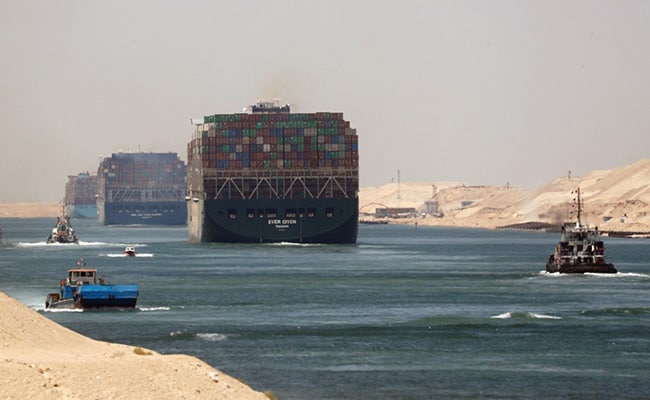 The Ever Given ship had become wedged across Suez Canal for nearly a week, disrupting global trade (File)

The Ever Given container ship that had blocked the Suez Canal in March left Egyptian waters at 4 am local time following inspections at Port Said, a canal source said on Tuesday, according to news agency Reuters .

Ship tracker MarineTraffic showed the Ever Given to be underway in the Mediterranean Sea north of the Egyptian coast.

The container ship, one of the world's largest, resumes its voyage to Rotterdam 112 days after becoming wedged across a southern section of the Egyptian waterway for nearly a week and disrupting global trade.

The ship was released on July 7 after protracted negotiations and an undisclosed settlement was reached between the Suez Canal Authority (SCA) and the Ever Given's owners and insurers.