The country's Parliament adopted a condolence motion to mourn the death of Mr Mukherjee and several distinguished Bangladeshis who died recently. 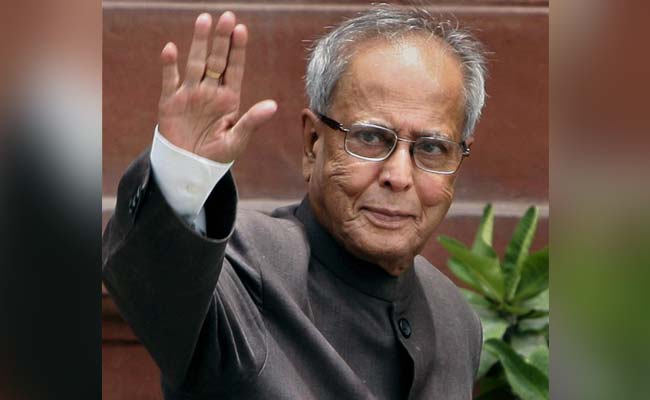 Prime Minister Sheikh Hasina on Sunday paid rich tributes to India's former president Pranab Mukherjee and said he was a true friend of Bangladesh, as the country's Parliament adopted a condolence motion over his death.

"He was a true friend of Bangladesh since our 1971 Liberation War," Ms Hasina told the maiden session of Parliament called for the second time since the outbreak of the COVID-19 pandemic.

The country's Parliament adopted a condolence motion to mourn the death of Mr Mukherjee and several distinguished Bangladeshis who died recently.

Mr Mukherjee, 84, died on Monday in New Delhi following a 21-day battle with multiple ailments. The former president was cremated with full state honours on Tuesday.

The Bangladesh government on Tuesday announced that it will observe a one-day state mourning at the death of the country's "real friend".

Ms Hasina recalled Mr Mukherjee's personal support for her and her family particularly during her life in exile in India after the August 15, 1975 coup in Bangladesh.

The putsch killed her father and Bangladesh's founder Bangabandhu Sheikh Mujibur Rahman along with most of his family members and toppled his post-independence government. Ms Hasina and her younger sister Sheikh Rehana survived as they were on a brief visit abroad.

Ms Hasina recalled that during the exile, the remaining members of her family had to keep their identities secret for security reasons which also restricted their movements and social interactions.

The premier said Ms Mukherjee always used his good office for Bangladesh's benefit and counteracted negative campaigns against the country.