2 Dead In Shooting At Pearl Harbour Naval Base, Gunman Kills Himself

Pearl Harbour shooting: The witness in Hawaii, who did not want to be identified, said he saw the gunman, who was wearing a sailor's uniform, shoot himself in the head 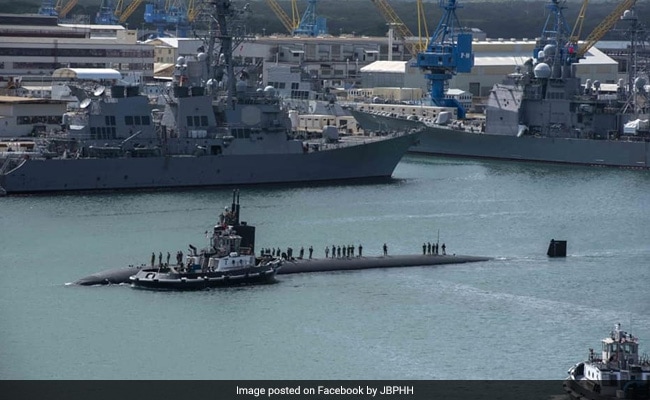 Local news reports said the shooter had killed himself. (Representational)

A US sailor fatally shot two people and wounded a third at the Pearl Harbor Naval Shipyard in Hawaii on Wednesday before committing suicide, an official said.

The two people killed were Department of Defense civilian employees, while a third civilian was wounded but "in stable condition at (an) area hospital," the official told AFP.

A statement issued by the base said the shooting took place at around 2:30 pm, prompting a lockdown of the facility for more than an hour.

"The shooter has been identified as a US Sailor," the base said in a tweet.

Officials said the Navy was leading the investigation into the shooting to determine what prompted it.

One witness told local media he was sitting at his computer when he heard shots fired and rushed to the window, where he saw three victims on the ground.

The witness, who did not want to be identified, said he then saw the gunman, who was wearing a sailor's uniform, shoot himself in the head.

The shooting took place near the south entrance of the sprawling base located on the southern shore of Oahu.

The base hosts both the Navy and Air Force.

The incident unfolded three days before the 78th anniversary of the 1941 Japanese surprise attack on Pearl Harbor that left 2,403 US service members dead.

The worst shooting in Hawaii history took place just over 20 years ago when a Xerox employee killed seven of his colleagues.