Read inOther Languages
This Article is From Nov 08, 2018

The incident was reported at the Borderline Bar and Grill in the town of Thousand Oaks, a quiet, upscale residential suburb of Los Angeles, as it hosted an event for college students. 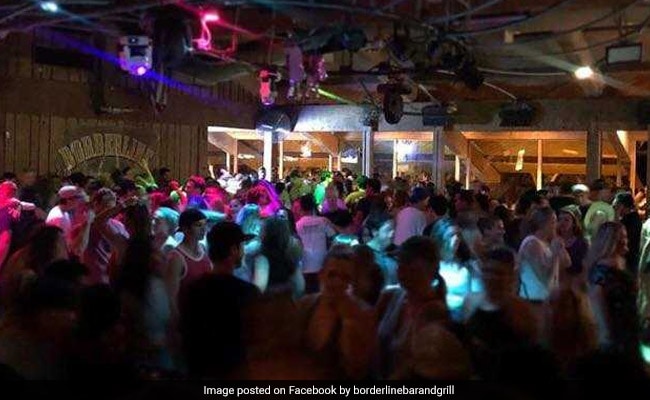 Twelve people, including a police sergeant, were shot dead in a shooting at a nighttclub close to Los Angeles, the police said Thursday.

The venue was hosting an event for college students and possibly several hundred young people were inside, said Captain Garo Kuredjian of the Ventura County Sheriff's office.

Ventura County Sheriff's Office Sgt Eric Buchow told the CBS affiliate in Los Angeles that there were "multiple fatalities" in the shooting and the gunman was dead inside the crowded venue in the upscale residential suburb of Thousand Oaks.

Police who responded to reports of a shooting rushed to the scene and engaged the gunman, said Kuredjian.

#OaksInc: Firefighters and first responders are arriving on scene of a report of a shooting at an establishment in @CityofTO. PD is working to secure scene. Multiple injuries reported. @VCFD

The incident happened at the Borderline Bar and Grill in the town of Thousand Oaks, a quiet, upscale residential suburb of Los Angeles.

The Los Angeles Times quoted a law enforcement official as saying at least 30 shots had been fired.

An unnamed witness told the newspaper that someone ran into the bar around 11:30 pm and started shooting what looked to be a black pistol.

"He shot a lot, at least 30 times. I could still hear gunshots after everyone left," the Times quoted the man as saying.