Announced the day before Republican President Donald Trump leaves on his first trip to Asia since taking office, the legislation would re-impose some sanctions lifted last year as Myanmar returned to democracy. 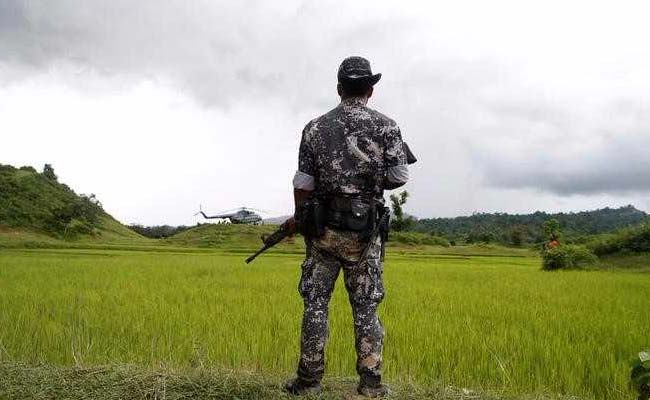 Washington: Senior US Republican and Democratic lawmakers proposed targeted sanctions and travel restrictions on Myanmar military officials on Thursday over the treatment of the country's Rohingya Muslim minority, one of the strongest efforts yet for Washington to intervene in the humanitarian crisis.

Announced the day before Republican President Donald Trump leaves on his first trip to Asia since taking office, the legislation would re-impose some sanctions lifted last year as Myanmar returned to democracy. It would bar the United States from supplying most assistance to the country's military until it has been certified that perpetrators of atrocities against the Rohingya are being held accountable.

The measure does not target Burmese leader Aung San Suu Kyi, head of Myanmar's civilian-led government and a Nobel peace laureate who still enjoys strong support among some US officials.

But congressional aides said it is intended to underscore a strong desire among many members of Congress for her to do more to help the Rohingya.

The bill is sponsored by lawmakers including the Republican Senate Armed Services Committee chairman John McCain, and Senator Ben Cardin, the top Democrat on the Senate Foreign Relations Committee, according to an early summary of the bill seen by Reuters.

Among other things, it re-imposes a ban on jade and rubies from Myanmar, requires a report on which individuals should be subjected to visa bans and targeted sanctions, and instructs the US Treasury Department to support only international financial assistance programs that do not partner with enterprises owned by the Myanmar military.

A companion bill is also being introduced in the House of Representatives. That measure also has bipartisan support, led by Representative Eliot Engel, the top Democrat on the House Foreign Affairs Committee, and Republican Representative Steve Chabot, another foreign affairs panel member, increasing the measure's chances of eventually becoming law.

Members of Congress have been clamouring for a strong response to the plight of the Rohingya, and the Trump administration has been weighing labelling their treatment "ethnic cleansing."

The State Department announced on Thursday that Secretary of State Rex Tillerson would accompany Trump on his trip to Asia, but that Tillerson will also make a stop in Myanmar, also known as Burma.

Promoted
Listen to the latest songs, only on JioSaavn.com
More than 600,000 Rohingya Muslims have fled Rakhine state in Buddhist-majority Myanmar, mostly to neighbouring Bangladesh, since security forces responded to Rohingya militants' attacks on Aug. 25 by launching a crackdown that has included reports of burnt villages and widespread killings. The United Nations has already denounced it as a classic example of ethnic cleansing.
© Thomson Reuters 2017