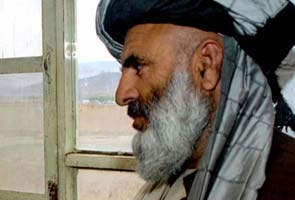 Kabul: A senior adviser to Afghan President Hamid Karzai has been murdered at his home near the parliament in Kabul, a senior government official said on Sunday.

Jan Mohammad Khan, former governor of southern Uruzgan province and a key ally of the embattled president, was killed in an attack that was still ongoing, according to Afghan news channel Tolo TV.

The killing comes less than a week after the president's half-brother Ahmed Wali Karzai was assassinated by a close friend at his home in the southern province of Kandahar, birthplace of the Taliban.

"He (Khan) was very close to Karzai. He was as important as AWK (Ahmed Wali Karzai)," said the official, speaking on condition of anonymity.

Like Karzai, Khan hailed from a powerful family from the Popalzai tribe in Afghanistan's restive south.

According to the independent website afghan-bios.info, Khan's nephew runs a 3,000-strong militia in
Uruzgan.

His death will further inflame the volatile politics of the southern region, where the Taliban are battling US-led troops for control of the area.

Promoted
Listen to the latest songs, only on JioSaavn.com
Analysts have already warned that Tuesday's killing of Wali Karzai may trigger a turf war for control of the critical southern heartland that could embolden the Taliban and reverse NATO gains.

The deaths come at a critical juncture, just days after 3,000 Canadian troops ended their combat mission in Kandahar and in the same week that Washington started troop drawdowns, a gradual process due to end in late 2014.