Oxford University scientists have developed a prosthetic hand for children that is powered and controlled by the wearer's breathing. 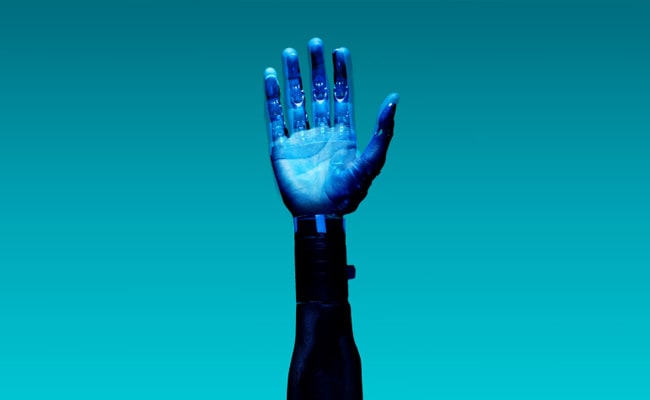 Oxford University scientists have developed a prosthetic hand for children that is powered and controlled by the wearer's breathing. According to the scientists, the equipment is light in weight, not too expensive, easy to maintain, comfortable and simple to operate, said a report in Newsweek.

This prosthetic hand will especially benefit children who are very young or whose bodies are unsuitable for existing prosthetic hands that require a harness and cable.

The conclusions were published by the researchers in a journal named Prosthesis on July 29 this year. The product is controlled by breathing of children only. To use this, children have to breath and power a bladeless turbine that will control the prosthetic fingers, the outlet further said.

Young children can easily generate the amount of air required to power it, and the way the device is geared determines how quickly it grasps onto things.

When compared to the other existing prosthetic hands, the one designed by a University of Oxford team is simple to use and maintain.

Since the early nineteenth century, most prosthetic hands have used wires and been driven by the body. Scientists have made a little progress this time in developing novel methods of powering prosthesis, Newsweek further said.

According to the outlet, the most common type of prosthetic hands being used till this time still depend on several wires that can be unreasonably expensive to maintain because it may need an expert for its installation and maintenance.

According to the researchers, the gadget will benefit youngsters in underprivileged countries who may not have access to cable technology.