Saudis Said To Raise Allowances For Some Royals After Purge

The stipends are the subject of complaint among some Saudi citizens, and the revelation that some members of the ruling family will be getting even more money will likely raise questions over how serious the government is committed to rein in wasteful spending. 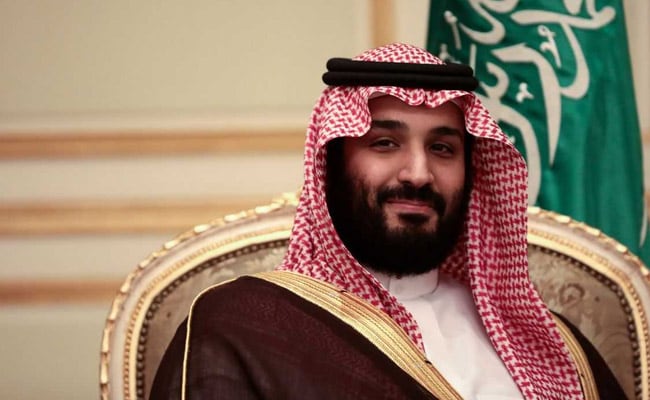 Riyadh: Saudi Arabia increased its payments to some members of the royal family just as officials were wrapping up a controversial anti-corruption campaign that targeted some of the kingdom's richest men and most prominent princes, according to three people with knowledge of the matter.

The most recent monthly stipend -- paid after the government had stopped covering electricity and water bills for royalty -- was raised by as much as 50 percent, two of the people said. A Saudi government official said the report was "absolutely not true."

It's not clear whether the payment was a one-time bonus or will continue each month, or how widely the money was distributed. One of the people said it extended beyond the descendants of King Abdulaziz, Saudi Arabia's founder, to include more distant branches of the family. Another person said the payment was only given to adults who had reached a particular age. The three spoke on condition of anonymity because of the sensitivity of the issue.

The stipends are the subject of complaint among some Saudi citizens, and the revelation that some members of the ruling family will be getting even more money will likely raise questions over how serious the government is committed to rein in wasteful spending.

It also highlights the struggle facing Crown Prince Mohammed bin Salman as he tries to reduce the population's reliance on generous government handouts without triggering a public backlash or stirring dissent within the ruling family.

"MBS may seek to discipline his royal relatives, but he can't cut them loose," said Kristin Diwan, a senior resident scholar at the Gulf States Institute in Washington, referring to the powerful crown prince by his initials. "The government denial shows he's keen to maintain his populist edge."

Over the past three months, authorities imposed value-added taxation and announced sharp increases to fuel and utility prices to repair public finances. Dozens of the country's richest men, including billionaire Prince Alwaleed bin Talal, were among those held at the Ritz Carlton in Riyadh in the anti-corruption purge.

Some of the moves appear to have backfired.

After complaints about rising prices, King Salman ordered a handout worth more than 50 billion riyals ($13.3 billion) to support many ordinary Saudis, helped by a rise in Brent oil prices to about $70 a barrel. The attorney general said 11 princes were sent to jail after staging a protest against the decision to stop paying their utility bills, though another prince challenged that official account.

"The increase in stipends seem to suggest they don't have any good ideas about how to really revamp the economy, which has been predicated on easy access to money," said Milena Rodban, a Washington-based political risk consultant. "They are hampered by the need to address the risk of unrest, a near-term threat which often eclipses efforts to make more sweeping long-term changes."

The 32-year-old heir to the throne is spearheading efforts to prepare the Saudi economy for the post-oil era. His plans include slashing generous subsidies and selling a host of state assets to raise non-oil revenue.

In the roughly three years that saw his meteoric rise to power, Prince Mohammed has sidelined more senior royals, eased social restrictions on women, pledged to steer Saudi Arabia away from radical Islam and even announced plans for a $500 billion city on the Red Sea powered by more robots than humans.

But the purge was the prince's boldest move yet. It was popular among many young Saudis who have long complained that the kingdom's wealthy were unaccountable. The attorney general said this week that all but 56 people held were released either for lack of evidence or after they agreed to pay part of the allegedly ill-gotten money. The government has reaped more than 400 billion riyals in settlements, he said.

Some critics dismissed the detentions as a power grab, a charge Saudi officials have repeatedly denied, saying the prince was already in control of most power levers and needed to weed out corruption to attract investments.

Members of the Al Saud ruling family number in the thousands. The government has never disclosed how many people receive the stipends or how large they are.

A U.S. diplomatic cable in 1996 released by WikiLeaks said that members of the royal family receive the monthly payments from birth, with the amounts depending on their proximity to King Abdulaziz. At the time, the payments ranged from a low of $800 a month to a high of $270,000 a month, and the diplomat estimated the total cost to the state at about $2 billion.

(This story has not been edited by NDTV staff and is auto-generated from a syndicated feed.)
Comments
Saudi Arabiaallowances