The clip sparked a torrent of criticism from arch-conservatives on social media, with the Arabic hashtag "naked woman driving in Riyadh" gaining traction. 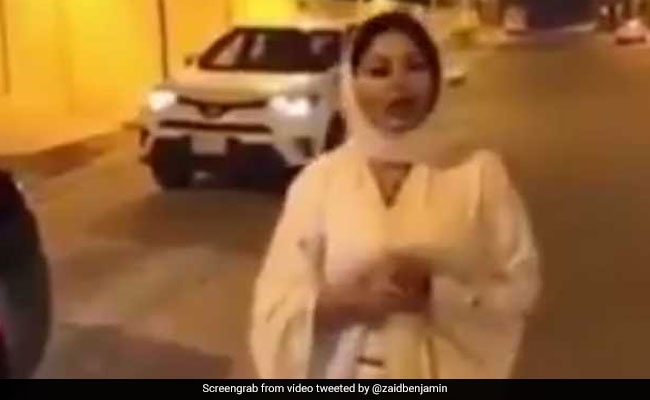 Saudi authorities have launched a probe after a female TV presenter wore "indecent" clothes while reporting on the end of a decades-long woman driving ban, triggering outrage on social media.

Shireen al-Rifaie, a Saudi presenter with Dubai-based Al Aan TV, appeared in a widely-circulated video wearing a loose headscarf and a partly open gown that revealed her trousers and a blouse.

The clip sparked a torrent of criticism from arch-conservatives on social media, with the Arabic hashtag "naked woman driving in Riyadh" gaining traction.

The kingdom's General Authority for Audiovisual Media on Tuesday said they had referred Rifaie to investigators, accusing her of "violating regulations and instructions" by wearing "indecent clothes".

Rifaie has dismissed the charge, telling news website Ajel that she was wearing "decent clothes".

Ajel reported that Rifaie left the kingdom after the controversy erupted.

The outrage also prompted light hearted banter on social media, with many Saudis mocking hardliners for describing a fully clad woman as "naked".

On Sunday, women celebrated taking the wheel for the first time in decades as the ultra-conservative kingdom overturned the world's only ban on female motorists.

The conservative petro-state has some of the world's toughest restrictions on women, who are required to wear body-shrouding abaya robes in public.

In April, Saudi sports authorities shut down a female fitness centre in Riyadh over a contentious promotional video that appeared to show a woman in figure-hugging gym clothes.

Later that month, the sports authority apologised over a promotional video of a WWE event that showed scantily clad female wrestlers drawing euphoric cheers from men and women alike.