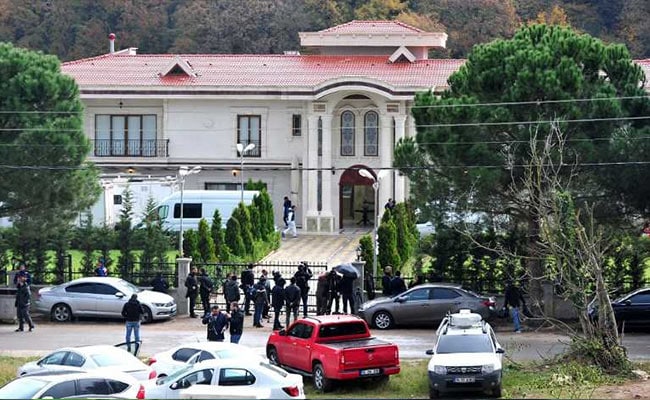 One of the villas searched by Turkish police for the remains of murdered journalist Jamal Khashoggi belonged to a friend of Saudi Crown Prince Mohammed bin Salman, reports said Tuesday.

Crime scene investigators using sniffer dogs and drones searched the Saudi businessman's residence and an adjacent villa during a 10-hour probe on Monday in the northwestern province of Yalova, Hurriyet daily reported.

Officers inspected three wells in the villas' gardens, Hurriyet said, while DHA news agency reported there were claims the buildings were illegal.

The villa belongs to Mohammed Ahmed al-Fawzan after he bought the land on which it is built on in 2014, the news agency reported.

Hurriyet described Fawzan as a "close friend" of Prince Mohammed.

In a video shared on the daily's website, large portraits of the crown prince and King Salman could be seen hanging on a wall inside the villa. 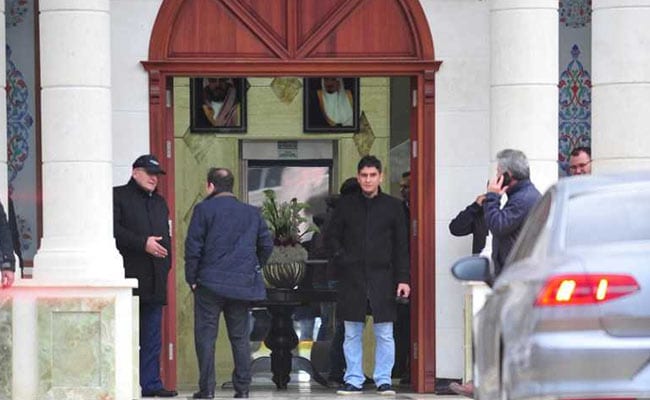 Turkish police conduct a search at a Turkey villa

Khashoggi, a contributor to The Washington Post, was strangled and dismembered by a team of 15 Saudi officials after he went into Riyadh's Istanbul consulate on October 2.

Khashoggi's body has not been found although police have searched the consulate, the consul general's residence and a forest in Istanbul.

There have been reports that Khashoggi's body was cut up and dissolved in acid.

Pro-government media has said acid traces had been found in the consulate's drains.

The Istanbul public prosecutor in charge of the investigation said on Monday that one of the Saudi suspects, Mansour Othman M. Abahussain, spoke to Fawzan on the phone a day before Khashoggi's killing.

Fawzan was not in Turkey at the time but the prosecutor believed the phone call was intended to find a way to remove or hide Khashoggi's body after its dismemberment.

Turkish officials have not said Fawzan is in any way linked to the murder and have not released any information about what, if anything, was found at the two villas.

After weeks of denial, Riyadh admitted Khashoggi, 59, was killed in what it described as a rogue operation, denying claims the crown prince ordered his death.

A former insider turned dissident, Khashoggi had written critical editorials of the kingdom and once compared the crown prince to Russian President Vladimir Putin.

Turkish President Recep Tayyip Erdogan has said the murder was ordered by the highest levels of the Saudi government but insisted King Salman was not to blame.