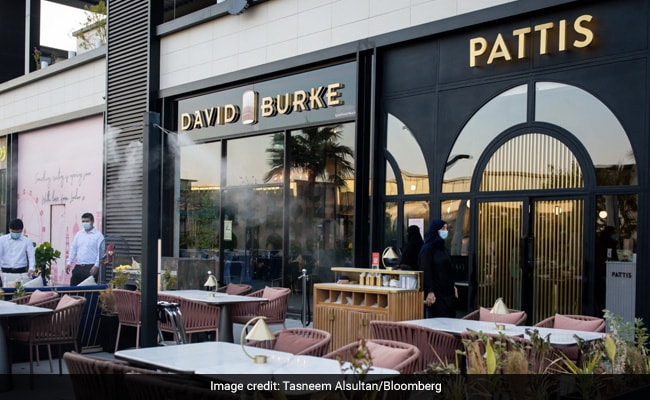 David Burkes new restaurant is the latest addition to a wide variety of eateries near Riyadh.

David Burke's staff are busy putting up blue and green balloons. The places are set, glasses polished, and candles lit. Music from The Godfather plays in the background.

If this were Dubai, London or Singapore, it might barely raise an eyebrow. But this is Riyadh, traditionally the most conservative of Saudi Arabia's big cities and gastronomically what arguably used to be its dullest. A few years ago, it would have been inconceivable that the American celebrity chef would open a restaurant here, let alone his second one in less than a year.

"Being part of something unique and new is more interesting than being in a chic city like Dubai," Burke, 59, said on Aug. 4 as he opened his doors with a launch party-replete with DJ and percussionist-followed by two days of five-course gala dinners. It gives him the ability to grow without much international competition, he said. "We're on the ground floor. 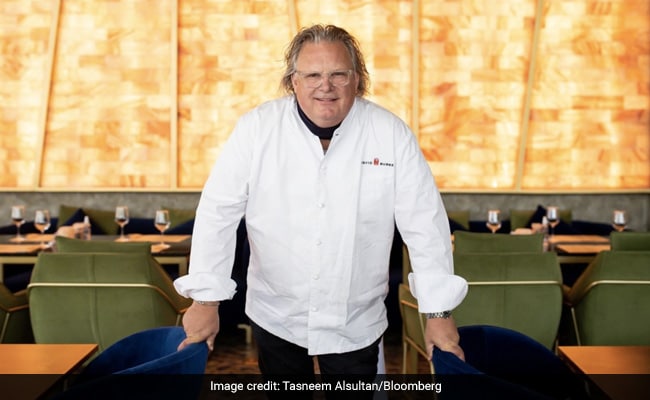 American chef David Burke at one of his restaurants in the Saudi capital, Riyadh

Saudi Arabia's transformation under Crown Prince Mohammed bin Salman is well documented, as is his increasingly authoritarian leadership that's at times drawn international condemnation. But a social revolution that promotes going out to concerts and movies and allows gender mixing is now playing out at the dining table in Riyadh, albeit without alcohol.

The city was used to Lebanese and the occasional Italian fare complemented by "Saudi champagne"-fizzy water and apple juice. It's now an array of colorful mocktails and imported meats, pomegranate studded cakes and specialty coffees. There's even briskets and babkas. As one cafe manager put it: Most people don't know they're part of traditional Jewish cuisine, and even if they did, many won't care in the new Saudi Arabia.

At a cafe farther north, Afra, a 28-year-old who works in customer care, was eager to try her first babka, a chocolate one laced with a mix of dried thyme and sesame that a friend had recommended with her flat white coffee. "There's so much choice these days we're at a loss where to go," she said.

Burke's second restaurant is the latest addition to a wide variety of eateries at The Zone, a large walkway off a busy Riyadh highway with a dancing fountain. The menu includes baby octopus, Mediterranean branzino and lamb chops. 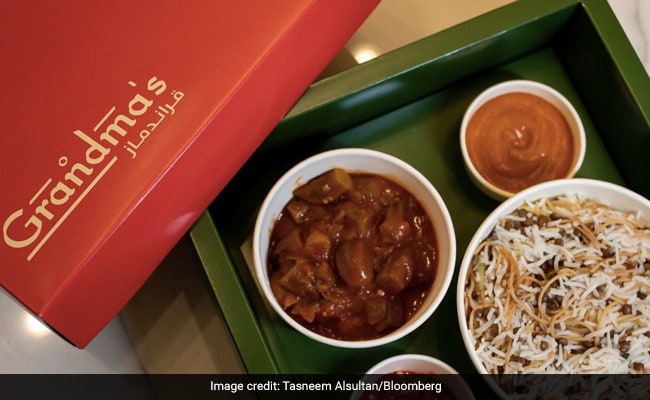 This expansion of tastes is crucial to building the kingdom's entertainment industry in a nation where about 70% of the population is under 40. It was almost non-existent when Prince Mohammed, 35, launched his plan to diversify the economy away from oil in 2016. The de-facto ruler's "Vision 2030" aims to increase household spending on cultural and entertainment activities to 6% by that year from 2.9% when the project was unveiled.

Local coffee brands as well as fast, casual outlets are helping drive the change, said Alexis Marcoux-Varvatsoulis, who leads JLL's food service consulting division for the region. More than 90% of Riyadh's 7.8 million population eats out at least once a week, according to research by the firm, which specializes in real estate and investment management. At the moment, the average monthly spend on eating out in a restaurant or ordering for delivery is 1,330 Saudi riyals ($355), it found.

And it's not just new food, but who is serving it. Women now work as hostesses, waitresses and baristas, a huge change from the days restaurants were required to post a sign saying female diners were not allowed in without a male guardian.

"I love working in this industry," said Noura, a 29-year-old Saudi waitress who's finishing up a degree in psychology. Dressed in a white shirt and a blue apron over black leggings, with her black hair pulled into a bun, she admits she's heard a couple of negative remarks from diners who disapprove of her attire and job. "May Allah guide you," one said.

Indeed, bringing more variety to Riyadh also meant curbing the power of the muttawa, religious police officers who made eating out a stressful experience. Agents raided restaurants to ensure screens shielded individual tables from other guests. Music was banned, no food was served during prayer time five times a day, and unmarried couples were detained.

Adhering to the sheikhs has been displaced by staying on message with the government. Most Saudis interviewed for this article were reluctant to give their full names, even if speaking in support of the changes. 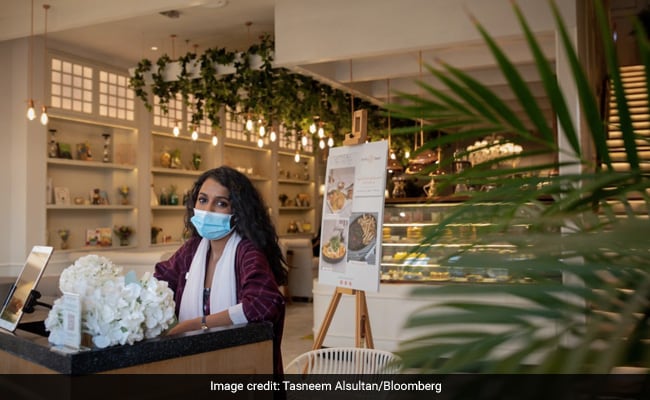 "We would gobble up our food and leave," said Laila, a 26-year-old receptionist. "Eating out was not fun." Now it's all different, she said. Her latte was prepared by a female barista who quit her job as a make-up artist to take a job that until a few years ago was not open to women.

"We're much more relaxed and really enjoying this new culture of meeting for coffee and celebrating birthdays and promotions in public," said Laila.

The expansion is attracting local talents to the food and beverage sector, introducing expatriates to Saudi delicacies. One of them is Meshari Almogbel, 32, who has adapted his grandmother's recipes to serve a more modern take on Saudi cuisine, including the popular kabsa rice dish.

Instead of cooking it with lamb, he offers it with brisket at his fast-food outlet, Grandma's. "I want to give full justice to local food," he said as his staff packed meals in green and red boxes.

Back at Burke's restaurant, a board with lit-up images of parrots hangs over royal blue and emerald green chairs. Black plates are stacked over white plates at the buffet. Male and female staffers mix freely.

As waiters fluffed up cushions on the terrace, 33-year-old fashion designer Anfal stopped by to check it out. Although she prefers Japanese food, she is happy Riyadh is becoming a destination for global cuisine. "I used to drive a long way to find a Japanese restaurant," she said. "Now you can find a couple in many neighborhoods."