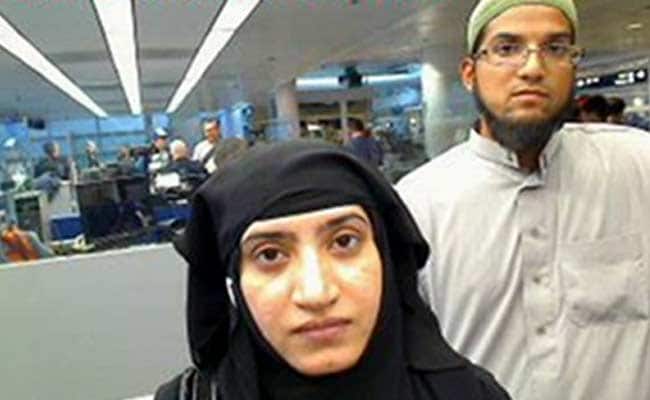 Los Angeles: The friend who bought the high-powered rifles used in the San Bernardino terrorist attack had ties to a group of California terrorists arrested in 2012 as they tried to fly to Afghanistan to join al-Qaeda, federal prosecutors said.

The revelation by prosecutors filed Tuesday is the first time they have linked Enrique Marquez Jr with other possible terrorists. The FBI has always said its investigators couldn't find any link between Marquez and other terrorists.

Marquez, 24, has pleaded not guilty to conspiring with one of the San Bernardino shooters to provide material support to terrorists for an unrelated plot. He is also charged with a federal firearms charge for purchasing the guns used by Syed Rizwan Farook and Farook's wife, Tashfeen Malik, in the December 2 attacks in which they killed 14 people before dying in a gunfight with police.

Prosecutors said Marquez plotted in 2011 and 2012 with Farook to massacre college students and gun down motorists on a gridlocked freeway and bought two rifles for Farook.

Marquez said he backed out of the plot after four men in the area about 60 miles inland from Los Angeles were arrested on terrorism charges in late 2012, the FBI said in court documents.

Until now, however, prosecutors did not connect him to any other terror plots.

In a lawsuit filed Tuesday by the government to seize a life insurance payout to Farook's mother, however, federal prosecutors linked Marquez to a group of California jihadists.

"During this period, Marquez had ties to a group of jihadists ('California jihadists') who were arrested in 2012 when they attempted to travel to Afghanistan to join al-Qaeda," the suit said.

The lawsuit provided no further details and a spokesman for the U.S. attorney's office wouldn't comment.

The brief mention, however, is similar to arrests of four men from the area in 2012 who were later convicted of plotting to join the Taliban or al-Qaeda to kill American troops. Three of the four were apprehended as they headed to Mexico to catch a flight to the Middle East to rendezvous with the fourth man in Afghanistan.
Comments
San Bernardino attackSan Bernardino attackerSan Bernardino ShooterSan Bernardino terrorists