Known for a reclusive lifestyle, Lee was left bedridden by a heart attack in 2014. Little was revealed about his condition, leaving him shrouded in mystery even in his final days. 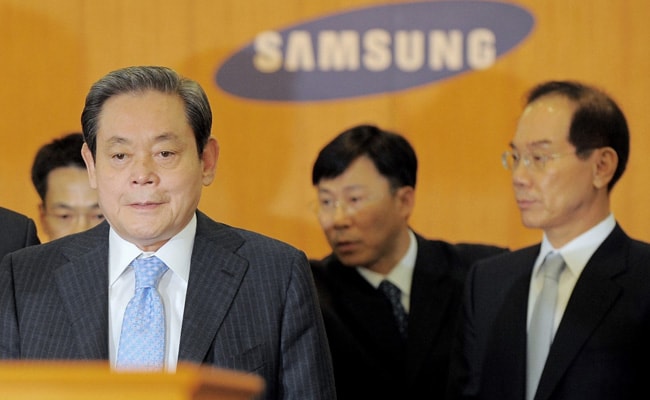 Lee Kun-hee was left bedridden by a heart attack in 2014.

Samsung Electronics chairman Lee Kun-hee, who transformed the South Korean firm into a global tech titan, died at the age of 78 on Sunday, the company said.

Under Lee's leadership, Samsung rose to become the world's largest producer of smartphones and memory chips, and the firm's overall turnover today is equivalent to a fifth of South Korea's GDP.

Known for a reclusive lifestyle, Lee was left bedridden by a heart attack in 2014. Little was revealed about his condition, leaving him shrouded in mystery even in his final days.

"It is with great sadness that we announce the passing of Kun-hee Lee, Chairman of Samsung Electronics," the company said in a statement.

"Chairman Lee passed away on October 25 with his family, including Vice Chairman Jay Y. Lee, by his side."

"Chairman Lee was a true visionary who transformed Samsung into the world-leading innovator and industrial powerhouse from a local business," the firm said, adding: "His legacy will be everlasting."

Samsung is by far the biggest of the family-controlled conglomerates, or chaebols, that dominate business in South Korea.

They drove the nation's transformation from a war-ravaged ruin to the world's 12th-largest economy, but nowadays are accused of murky political ties and stifling competition -- with Lee himself twice convicted of criminal offences, in one case bribing a president.

When Lee inherited the chairmanship of the Samsung group in 1987 -- founded by his father as a fish and fruit exporter -- it was already the country's largest conglomerate, with operations ranging from consumer electronics to construction.

But Lee focused it and took it global: by the time he suffered a heart attack in 2014, it was the world's biggest maker of smartphones and memory chips. It is also a major global player in semiconductors and LCD displays today.

Even so, he seldom ventured out from the high walls of his private compound in central Seoul to visit the company headquarters, earning him the nickname the "hermit king".

His son, Samsung Electronics vice chairman Lee Jae-yong, has been at the helm of the company since the 2014 heart attack.

Lee was jailed for five years in 2017 after being found guilty of bribery and other offences linked to former president Park Geun-hye, before being cleared of the most serious charges on appeal and released a year later.

That case is currently being retried.