Foreign Minister S Jaishankar, who is in New York, will be representing India in the meetings on Afghanistan. 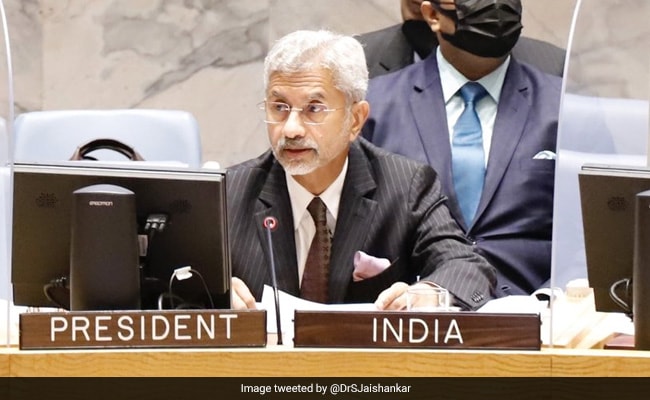 India will be participating in the G4 Foreign Ministers meeting and also the G20 meeting called on Afghanistan and will brief world leaders on the unfolding situation in the war-torn country.

A source familiar with India's position told ANI that discussions on Afghanistan has two aspects - one is the security threat emanating from the country and the other is the humanitarian food crisis and drought-like situation staring the country.

Pakistan spy agency ISI's role in propping up Haqqanis in the Afghan power structure and increased activities of Pakistan-backed UN proscribed terror groups like Lashkar-e-Toiba, Jaish-e-Mohammed and also increased role of ISK (Islamic State-Khorasan) in the region has heightened security threat in the region in general and for neighbouring countries like India in particular.

India will underscore to the world leadership that Afghan land should not be used by terror groups against any country and UN resolution 2593 should be the driving directive for world diplomacy.

UN resolution 2593 was passed during India's presidency at the UNSC. The resolution notes that Afghan territory not be used to threaten or attack any other country or to shelter and train terrorists. It also states that free movement of citizens should be allowed and rights of minorities, women and children should be protected

ANI has learnt that Afghanistan is likely to come up during Prime Minister Narendra Modi's bilateral meetings with leaders of the US, Australia, Japan and also during Quad discussion.

India will also express solidarity with the people of Afghanistan and contribute to any humanitarian assistance. India has been emphasizing that there should be non-discriminatory distribution and unhindered access. India will also underline the role of UN-led organizations in the distribution process.