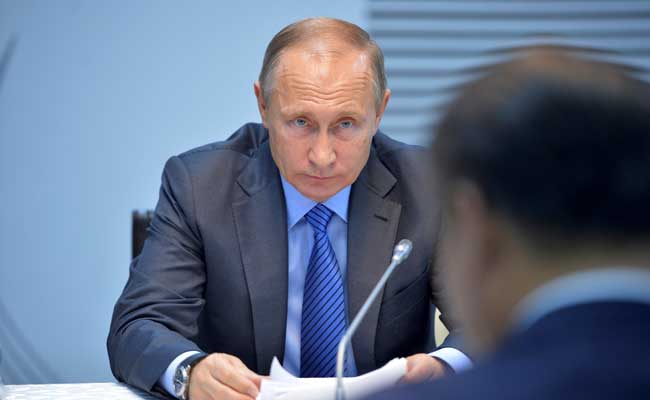 Ulyukayev, a 60-year-old technocrat whose ministry oversees a politically-charged sale of state assets, is the highest-ranking Russian official to be detained while in office since the collapse of the Soviet Union in 1991.

His case heralded a possible standoff between Rosneft boss and Putin ally Igor Sechin and those in the government who have resisted Rosneft's ambitions to acquire more state assets at a time when low oil prices and Western sanctions are biting.

Such infighting risks triggering potentially destabilising clan infighting in the run-up to a presidential election in 2018 when Putin is widely expected to run for a fourth term.

Ulyukayev, who a Moscow court ruled should be put under house arrest for two months until Jan. 15, faces up to 15 years in jail if found guilty.

Wearing a blue suit, Ulyukayev told a Moscow court he did not accept his guilt. It was in his own interests to cooperate with the investigation as he valued his reputation, he said.

The Investigative Committee, the state agency that investigates major crimes, said Ulyukayev had extorted the bribe in exchange for approving Rosneft's $5 billion purchase of a stake in mid-sized oil producer Bashneft.

Kremlin spokesman Dmitry Peskov told reporters that Putin had dismissed Ulyukayev after losing trust in him. When asked if the Bashneft deal would be reviewed, he said: "This does not concern the deal in any way."

In a twist reminiscent of the Soviet era, Ulyukayev's detention was announced in the early hours of the morning, with state TV and pro-Kremlin politicians calling it part of the fight against corruption.

Investigators praised Rosneft for tipping them off about Ulyukayev's alleged wrongdoing early so they were able to catch him "red-handed" in what law enforcement sources told Russian media was a carefully planned sting operation.

His phones had been tapped and his electronic communications monitored, the same sources said. Ulyukayev's lawyer, Timofei Gridnev, told Reuters his client had been detained at Rosneft's Moscow offices.

Investigators said Ulyukayev had threatened to use his position to cause problems for Rosneft unless it paid him.

They said they were not challenging the legality of Rosneft's purchase of the Bashneft stake or investigating it.

Putin was informed about the case when the investigation was first launched, Peskov told reporters. "These are serious allegations," Peskov said. "Only a court can deliver a verdict."

Previous high-profile prosecutions during Putin's rule have been a cover for settling commercial or political scores, according to people involved in those cases. The Kremlin and law enforcement agencies deny that, saying they only target criminals.

Rosneft's acquisition of Bashneft last month was the focus of a major turf war between rival Kremlin camps, sources close to the deal and in the government have told Reuters.

Sechin lobbied hard for the green light to buy Bashneft, but the deal was fiercely opposed by economic liberals in the government, some with ties to Prime Minister Dmitry Medvedev, who believed Bashneft should go to private investors.

Ulyukayev initially opposed Rosneft buying Bashneft, one of the most lucrative state assets to be privatised in years, but eventually signed off on the deal.

A 19.5 percent state-owned stake in Rosneft is up for privatisation next. Rosneft is poised to buy the stake itself to sell on to investors later.

Sources told Reuters last week that Rosneft's parent holding company might help Rosneft with funds for the deal. One state company helping another conduct a privatisation is likely to be disputed among some members of the government.

Christopher Granville, managing director at TS Lombard Research, said Ulyukayev's detention might be linked to that.

"It must be because of what is happening next," Granville told Reuters. "To prevent any obstructions to what influential people want to happen next. I'm talking of course of the next phase of the privatisation of Rosneft."

Alexander Shokhin, head of the Russian Union of Industrialists and Entrepreneurs and briefly economy minister himself in the 1990s, said he was sceptical about the accusations against Ulyukayev.

There had been a widespread consensus that the Bashneft stake had been sold to Rosneft for a market price, so it was strange that a bribe would be given for a valuation that everyone agreed on anyway, he said.

In a country where bribes have sometimes totalled many tens of millions of dollars, there was also surprise in some quarters at the relatively small size of the alleged payment.

Medvedev and Putin spoke about the detention, Medvedev's office said, adding: "The prime minister believes that the most painstaking investigation of this case is required."

A Rosneft spokesman, Mikhail Leontyev, was quoted as saying by the TASS news agency that the company saw no risk to the Bashneft deal. "The deal is absolutely above board," he said.

Ulyukayev had been in his job since June 2013. He was not part of Putin's inner circle, which is dominated by people who favour a commanding role for the state in the economy, but neither was he part of the rival camp of economic liberals.

Promoted
Listen to the latest songs, only on JioSaavn.com
Ulyukayev is close to Andrei Kostin, the influential head of Russia's second-biggest lender, state-owned VTB, and he chairs VTB's supervisory board.
© Thomson Reuters 2016