In Yekaterinburg, hundreds of people opposed to the television tower's demolition by controlled explosion took part in a "Hug the Tower" rally earlier this week. 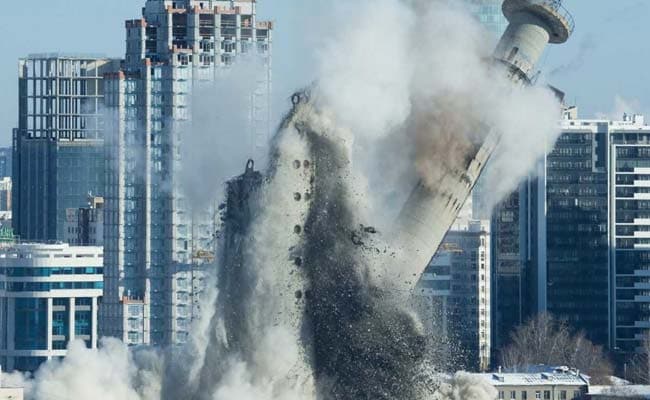 The unfinished and abandoned TV tower collapses during a controlled demolition. (Reuters)

YEKATERINBURG/MOSCOW: As Russia hurries to spruce up its venues for this year's soccer World Cup, the Urals city of Yekaterinburg on Saturday blew up its most famous landmark -- a rusty, half-finished Soviet-era television tower.

Local authorities in 11 host cities including Moscow, St Petersburg, Sochi and Yekaterinburg are working hard on preparations for the June 14-July 15 tournament, but not all residents are happy with their beautifying efforts.

In Yekaterinburg, hundreds of people opposed to the television tower's demolition by controlled explosion took part in a "Hug the Tower" rally earlier this week.

Ivan Volkov, a 39-year-old lawyer and head of a committee opposing the tower's destruction, said the 220-metre (720 feet) high concrete structure had been a symbol of the city's identity. 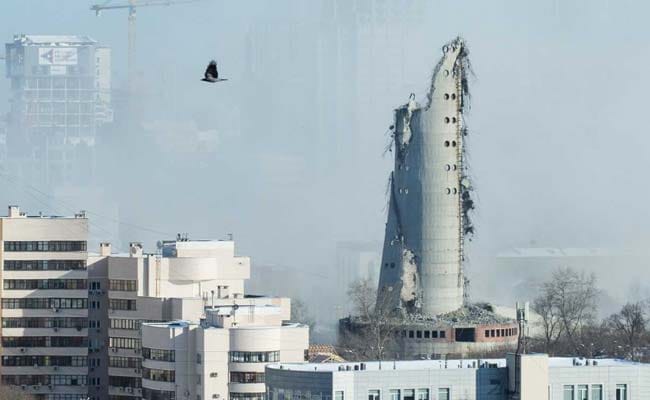 Hundreds of people opposed to the television tower's demolition by controlled explosion. (Reuters)

"Now it's the symbol of the people's humiliation at the hands of the authorities because the decision was made behind-the-scenes. It shouldn't be done this way", Volkov, told Reuters.

The tower's construction started in 1983 but it was never completed due to the collapse of the Soviet Union.

Local governor Eugene Kuivashev defended the decision to demolish it.

Promoted
Listen to the latest songs, only on JioSaavn.com
"No one seriously believes that the city needs such a symbol," he said in a radio interview.
© Thomson Reuters 2018

(This story has not been edited by NDTV staff and is auto-generated from a syndicated feed.)
Comments
Soviet-Era LandmarkYekaterinburg