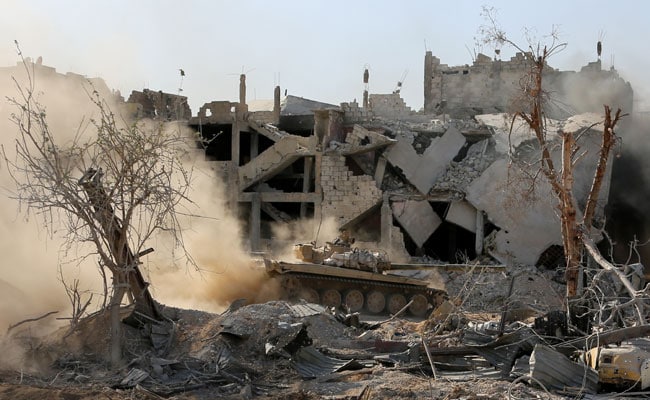 Moscow, Russia: A Russian soldier died after being hit by mortar fire in the central Hama province of war-torn Syria, the defence ministry said early Wednesday in a statement quoted by news agencies.

Captain Nikolay Afanasov was killed by "sudden mortar fire on a Syrian government army camp", the ministry said, indicating that he was part of a group of military instructors who were training Syrian soldiers.

Promoted
Listen to the latest songs, only on JioSaavn.com
His death raises to 32 the number of Russian soldiers killed in combat in Syria, according to defence ministry figures. Another soldier committed suicide during the first month of Russia's operation in Syria which began in September 2015.