The text circulated to the Security Council also called for a six-month extension of the UN-led panel tasked with identifying who is behind chemical attacks in Syria's six-year war. 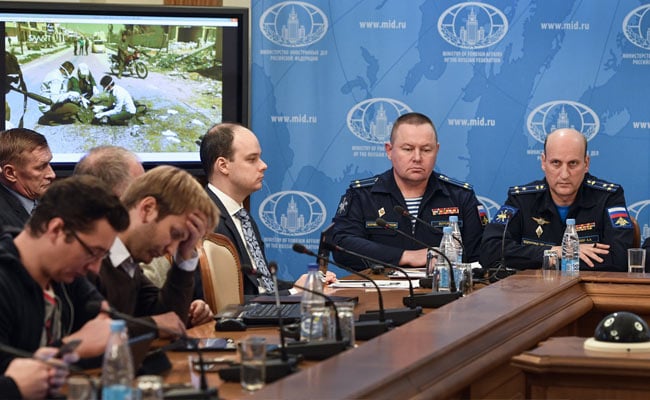 United Nations: Russia demanded Thursday that the UN shelve a report blaming the Syrian government for a sarin gas attack, and a new probe be conducted into use of the deadly nerve agent, according to a draft resolution obtained by AFP.

The text circulated to the Security Council also called for a six-month extension of the UN-led panel tasked with identifying who is behind chemical attacks in Syria's six-year war.

Russia has sharply criticized the findings of the panel known as the Joint Investigative Mechanism (JIM) which said the Syrian air force dropped sarin on the opposition-held village of Khan Sheikhun nearly seven months ago.

More than 80 people, including young children, died in the April 4 attack that provoked global outrage and prompted the United States to fire cruise missiles at a Syrian air base.

Russia has questioned the work of the panel because the experts did not go to Khan Sheikhun and worked from samples Moscow maintains may have been tampered with by Western intelligence.

The draft resolution "requests the JIM to retain its findings... until such time when full-scale and high-quality investigation on the site of an incident becomes possible."

It appeared unlikely that the United States, France and Britain would agree to shelving a report from a panel that they have praised as professional, impartial and independent.

The mandate of the JIM expires November 16 and its fate has been at the center of a major row between Russia, Syria's ally, and the United States, backed by France and Britain.

The White House issued a strong statement denouncing Moscow's attempts to undermine the work of the panel, which Russia helped establish with the United States in 2015.

"Russia's attempts to undermine and eliminate the JIM show a callous disregard for the suffering and loss of life caused by the use of chemical weapons and an utter lack of respect for international norms," White House spokeswoman Sarah Sanders said.

The draft resolution requests the JIM to send a team to Khan Sheikhun to "conduct full-scale investigation using the whole spectrum of relevant methods".

Another team should return to the Shayrat air base to collect samples to establish whether sarin was stored at the military facility.

Russia maintains the sarin was most likely released by an explosive device set off on the ground, and not a Syrian air strike.

"The mission did their research from a distance, that in itself is a scandal," said Mikhail Ulyanov, head of the foreign ministry's security and disarmament department.

To establish its findings, the panel relied on witness testimony, video footage, photographs, satellite imagery along with analysis of samples from Khan Sheikhun, some of which were obtained from Turkey.

The report by the joint UN-Organisation for the Prohibition of Chemical Weapons (OPCW) panel has revived calls for UN sanctions to be imposed on Syria over the Khan Sheikhun attack.

Russia in late October vetoed a US-drafted resolution that would have extended the mandate of the JIM for a year, casting its ninth veto at the Security Council to block action against its Syrian ally.

Moscow opposed renewing the mandate of JIM before the release of the Khan Sheikhun report which occurred two days later.

Promoted
Listen to the latest songs, only on JioSaavn.com
Previous reports by the JIM have found that Syrian government forces were responsible for chlorine attacks on three villages in 2014 and 2015, and that the Islamic State group used mustard gas in 2015.