The boy's mother sent him on the journey to Slovakia by train to find his relatives. He had a plastic bag, a passport and a message in a folded note.

The Slovak police for taking care of the boy.

In the middle of Russia's war in Ukraine, an 11-year-old Ukrainian boy crossed over to Slovakia after travelling 1,000 km on his own, with a backpack, his mother's note and a telephone number written on his hand.

The boy was from Zaporizhzhia in southeast Ukraine, the site of a power plant captured by Russian forces last week. According to reports, his parents had to stay back in Ukraine to take care of a sick relative.

After completing an incredible journey, he won over the officials "with his smile, fearlessness and determination, worthy of a true hero", the Slovakian Interior Ministry said in a Facebook post calling him "The Biggest Hero of Last night".

The boy's mother, said reports, sent him on the journey to Slovakia by train to find his relatives. He had a plastic bag, a passport and a message in a folded note.

When the boy arrived in Slovakia, with the piece of folded paper in his passport apart from the phone number on his hand, officials at the border were able to contact his relatives in the capital, Bratislava, and hand him over. 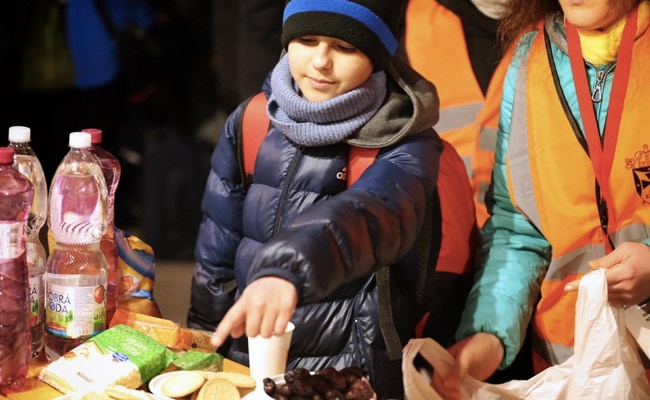 According to reports, the boy's mother sent a message to thank the Slovak government and the police for taking care of him.

The Slovakian Interior Ministry posted a comment on the boy on Facebook, praising his "fearlessness and determination".

"With a plastic bag, passport and phone number written on his hand, he came completely alone because his parents had to stay in Ukraine," said the ministry.

"The volunteers took care of him willingly, took him to a warm place and provided him with food and drinks, which they packed for him on his next journey."

The post, by a Slovakian ministry official, said "thanks to the number on the hand and a piece of paper in the waist, I managed to contact relatives who came for him later and the whole story ended well".