Crimea drone attack: Russia has claimed UK "specialists" helped Kyiv launch a drone attack on the fleet in Moscow-annexed Crimea at the weekend. 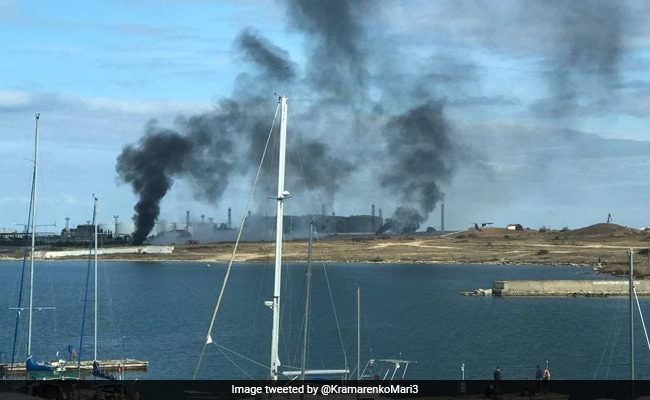 Russian authorities have so far provided no proof to back up their claims. (File)

Moscow will "in the near future" summon the British ambassador to hand over "evidence" of its claim that the UK helped orchestrate an attack on the Russian Black Sea Fleet in Crimea, the foreign ministry said Wednesday.

Russia has claimed UK "specialists" helped Kyiv launch a drone attack on the fleet in Moscow-annexed Crimea at the weekend.

Russia has also accused London of being behind September explosions on the Nord Stream gas pipelines.

Russian authorities have so far provided no proof to back up their claims.

"The UK ambassador will be summoned and will be given the appropriate materials," foreign ministry spokeswoman Maria Zakharova said, adding the meeting would take place "in the near future."

"The basic materials will be handed over as evidence to the British side and will also be shown to the general public," she added.

The British ambassador to Russia is Deborah Bronnert.

Zakharova said Moscow will publish the "materials" after its meeting with the ambassador.

On Saturday, the Russian army said Ukraine had launched the drones on its fleet "under the leadership of British specialists in the city of Ochakiv" in southern Ukraine.

Moscow added that "according to our information" the same British unit had "taken part in the planning" of September explosions on the Nord Stream gas pipelines under the Baltic Sea.

The UK says these are "false claims on an epic scale."

Relations between London and Moscow have been deteriorating for years, and Russia considers Britain -- a staunch Ukraine backer -- one of the most hostile Western countries.