Russia-Ukraine war: Maksym Zhorin said that under the terms of a recent exchange, around 220 bodies of those killed in Azovstal had already been sent to Kyiv but "just as many bodies still remain in Mariupol". 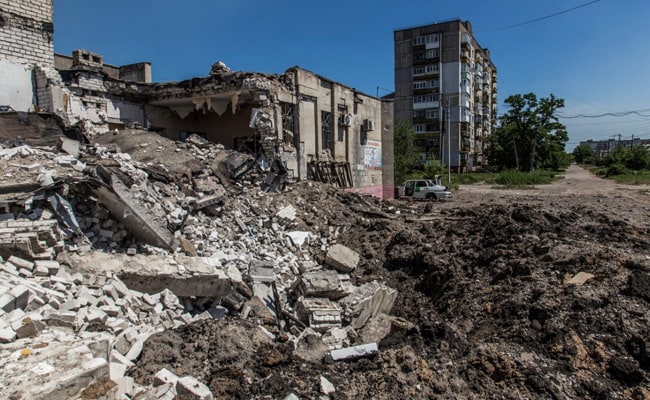 Many of the hundreds of Ukrainian fighters holed up in the steelworks in mid-May were killed.

The bodies of scores of Ukrainian fighters killed during the siege of the Azovstal steelworks in the southern city of Mariupol are still awaiting retrieval, the former commander of Ukraine's Azov National Guard regiment said on Sunday.

Maksym Zhorin said that under the terms of a recent exchange, around 220 bodies of those killed in Azovstal had already been sent to Kyiv but "just as many bodies still remain in Mariupol".

"Talks are continuing about further exchanges, to return home all the bodies. Absolutely all bodies must be returned and this is something we will work on," Zhorin added in a video posted on his Telegram channel.

He said a third of the dead were of the Azov battalion, while the others belonged to border patrol and naval officers as well as the police.

Hundreds of fighters holed up in the steelworks were taken into Russian custody in mid-May but many were also killed during Russian attacks on the plant and the city of Mariupol.

Because the majority of the bodies were in a terrible state, "it will take a very long time to identify each person personally," Zhorin said.

DNA testing and servicemen's uniforms and insignia would be used to help with the identification, he said.

Mariupol, a port city on the Sea of Azov, has been reduced to a wasteland after months of siege and bombardment that Ukraine says has killed tens of thousands of people.