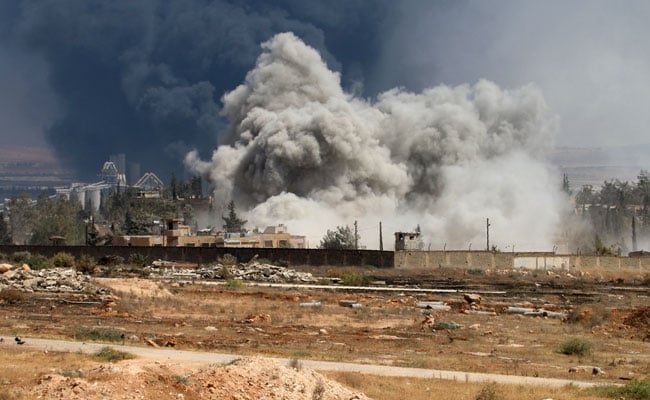 A humanitarian pause will be implemented in the area of Aleppo on October 20, Russia said.

Moscow: Russian and Syrian armed forces will pause attacks on the Syrian city of Aleppo for eight hours on Thursday so that civilians and rebels can leave the city, the Russian defence ministry said on Monday.

"On October 20 from 0800 (0500 GMT) until 1600, a humanitarian pause will be implemented in the area of Aleppo. For that period, Russia's air force and Syrian government forces will halt air strikes and firing from other weapons," said Russian defence ministry official Sergei Rudskoy.
© Thomson Reuters 2016
Promoted
Listen to the latest songs, only on JioSaavn.com