After the first known offensive use of a nerve agent in Europe since World War Two, Britain has pointed the finger at President Vladimir Putin. 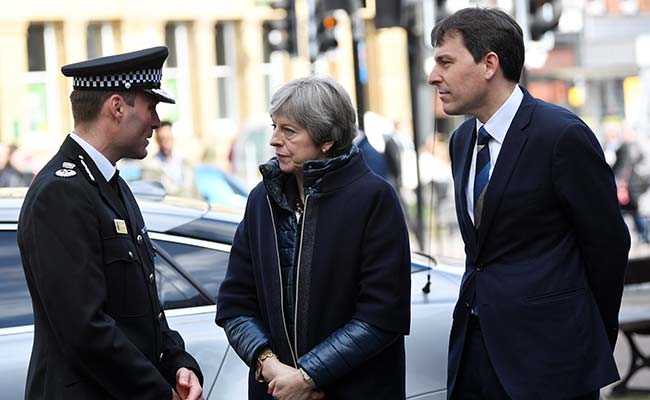 Astana/London: Russia is set to expel British diplomats in retaliation for Prime Minister Theresa May's decision to kick out 23 Russians as relations with London crashed to a post-Cold War low over an attack involving a military-grade nerve agent on English soil.

After the first known offensive use of a nerve agent in Europe since World War Two, Britain has pointed the finger at President Vladimir Putin and on Thursday May gave the 23 Russians who she said were spies working under diplomatic cover at the embassy in London a week to leave.

Moscow has denied any involvement in the attempted murder of former Russian double agent Sergei Skripal and his daughter. It has cast Britain as a post-colonial power unsettled by its impending exit from the European Union, and even suggested London fabricated the attack to whip up anti-Russian hysteria.

The diplomats are due to leave London on March 20, RIA news agency quoted Russia's ambassador to Britain as saying.

Separately on Friday, police in London launched a murder investigation into the death this week of a Russian associate of late tycoon Boris Berezovsky, but said nothing at this stage suggested a link to the Skripal case.

Asked by a Reuters reporter in the Kazakh capital Astana if Moscow would expel British diplomats, Russian Foreign Minister Sergei Lavrov smiled and said: "We will, of course."

Kremlin spokesman Dmitry Peskov reiterated Moscow's line that there was no "clear evidence" for any Russian involvement in the attack, RIA reported.

Britain, the United States, Germany and France jointly called on Russia on Thursday to explain the attack. U.S. President Donald Trump said it looked as though the Russians were behind it.

German Chancellor Angela Merkel said an EU summit next week would discuss the issue, in the first instance to seek clarity. Any boycott of the soccer World Cup, which Russia hosts this summer, is not an immediate priority, she said.

"Many trails point to the fact that Russia is responsible," Merkel said just before talks in Paris with French President Emmanuel Macron where they were expected to discuss an appropriate response to the attack.

Russia has refused Britain's demands to explain how Novichok, a nerve agent developed by the Soviet military, was used against the Skripals in the English city of Salisbury.

Russia's envoy to London, Alexander Yakovenko, said he had received a diplomatic note informing him that the Skripals were in a critical condition but he also accused Britain of "hiding" further details.

"They may be alive, maybe not, maybe nothing happened at all," he said.

London's Metropolitan Police said on Friday they believed the former associate of Berezovsky, Nikolai Glushkov, had been strangled to death and counter-terrorism officers would continue to lead the investigation.

Glushkov, 68, was discovered dead on Monday in south-west London.

Berezovsky was found dead in March 2013 with a scarf tied around his neck in the bathroom of a luxury mansion west of London. The 67-year-old had been one of Russia's most powerful figures in the years after the collapse of the Soviet Union.

A British judge in 2014 said he could not be sure if Berezovsky killed himself or was the victim of foul play.

They also offered to cooperate with British authorities.

Russia offered some cooperation to British authorities after the 2006 London murder of ex-KGB agent Alexander Litvinenko too. Britain said the assistance in that case was not enough, and in 2016, a judge-led inquiry concluded that Putin had probably approved Litvinenko's murder, something Moscow denies.

Britain has written to the Organisation for the Prohibition of Chemical Weapons in The Hague, which monitors compliance with the global convention outlawing the use of such weapons, to obtain independent verification of the substance used.

Skripal, a former colonel in the GRU who betrayed dozens of Russian agents to British intelligence, and his daughter have been critically ill since March 4, when they were found unconscious on a bench.

A British policeman was also poisoned when he went to help them and remains in a serious but stable condition.

British investigators are working on the theory that an item of clothing or cosmetics or a gift in the luggage of Skripal's daughter was impregnated with the toxin, and then opened in Skripal's house in Salisbury, the Daily Telegraph said.

Putin, a former KGB spy who is poised to win a fourth term in an election on Sunday, has so far only said publicly that Britain should get to the bottom of what has happened.

In a sign of just how tense the relationship has become, British and Russian ministers used openly insulting language while the Russian ambassador said Britain was trying to divert attention from the difficulties it was having managing its exit from the European Union.

British Foreign Secretary Boris Johnson said Britain's quarrel was not with the Russian people but with the Kremlin.

"Our quarrel is with Putin's Kremlin, and with his decision - and we think it overwhelmingly likely that it was his decision - to direct the use of a nerve agent on the streets of the UK."

The Kremlin's Peskov called the allegation that Putin was involved "a shocking and unforgivable breach of the diplomatic rules of decent behaviour", TASS news agency reported.

British Defence Secretary Gavin Williamson sparked particular outrage in Moscow with his blunt comment on Thursday that "Russia should go away, it should shut up".

Russia's Defence Ministry said he was an "intellectual impotent" and Lavrov said he probably lacked education. Williamson studied social science at the University of Bradford.

Promoted
Listen to the latest songs, only on JioSaavn.com
In London, opposition Labour Party leader Jeremy Corbyn struck a starkly different tone to that of the British government by warning against rushing into a new Cold War before full evidence of Moscow's culpability was proven.
© Thomson Reuters 2018

New Covid Strain Named Omicron, Classified As "Variant Of Concern" By WHO